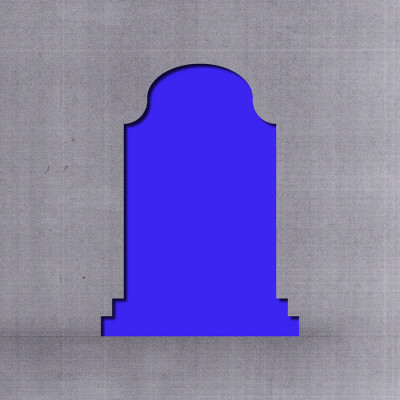 One should never expect the obvious when approaching the work of Manchester art/noise collective GNOD so perhaps it makes perfect sense that they have done the one thing I didn’t foresee on La Mort Du Sens, which is to make an entire album of no-nonsense fuzz punk bangers. Paddy Shine of the band has said they wanted to create a set of songs which more closely matched the experience of seeing them live, where they tend to go out with noiseniks like Part Chimp and Hey Colossus and match them all the way. You can see how the desire to get back to gigging and wanting some new crushingly great riff-bastards to assault people with would appeal. As ever with GNOD there is much to admire and consider in the lyrical content and I guess as such the album in their catalogue this most resembles is Just Say No To The Psycho Right-Wing Capitalist Fascist Industrial Death Machine.

The album title translates as “The Death of Meaning” reflecting the uncertainty of the times we’ve all been living through. The songs carry a sense of abandon and abandonment, with much of the bands trademark righteous anger turning to nihilism. The most obvious example of this bleak “for tomorrow we die” attitude is lead single ‘Pink Champagne Blues’ which races along like a rhino on speed and includes such exhortations as “Let’s get fucked, head rush”. It comes with a video of skateboarders which is a clear homage to ‘100%’ by Sonic Youth and there’s plenty of nods to late 80’s and early 90’s alt-rock throughout the album.

It all kicks off with ‘Regimental’ and features the dry, plucked, metallic guitar sound of Big Black amidst ever-present feedback and their usual two drummer pummelling. The song is foregrounded by samples of musicians talking about releasing new material, fending off the now usual questions about delayed release dates and thwarted plans. It’s hard to discern whether this is a tongue in cheek comment about rock n roll clichés, a note of solidarity, a sweeping of the decks before the fight begins anew or a combination of all three.

Things slow down a touch on ‘The Whip and the Tongue’, a skittish rhythm and post-punk guitar tones joined by a wailing, flailing sax over the top of giant throbbing bass notes. Somebody is getting a beating and they hope it makes you feel better. It does make you think, for what are we all being punished? And is anybody really happy in this arrangement?

Things slow even more on the industrial stagger and stomp of ‘Town’, these Salford boys bowing down to the industrial superiority of Birmingham on a harrowing metal soundscape of “Factories, factories, night shift, night shift”. It’s a counterpoint to the “we don’t make anything anymore” brigade – highlighting the sheer mindless horror of the working man’s plight as a tiny cog in the giant greasy wheel “They lay down the law!” Seldom has the bands use of hypnotic repetition been more directly appropriate.

Surely it’s no mistake that ‘Giro Day’ then follows – yes, there is no light at the end of this tunnel – just twelve minutes of murky, grinding, apocalypse. There is drone, throat singing and almost operatic levels of competing bombast in a way the other songs on the album don’t approach in their brutal single-mindedness. This is maximalist whilst retaining a monotonous, unrelenting machine-like focus. Sickly bracing, it keeps your interest with its ever-shifting undercurrents, a palette of sonic distress signals and death rattles. The lyrics are pared down to a minimum as ever, with “Sex! Death! Massacre!” being the most frequently heard, in case you were in any doubt to where you were.