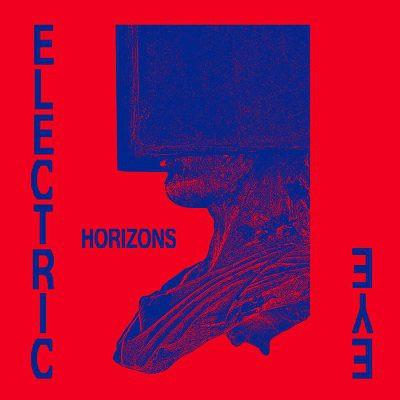 Wow! The colors Jack, the colors! This here is a real corker to get your swirling psychedelia trips up and down the spiraling staircase that awaits you with Norway’s own Electric Eye. Formed in 2012, the band has released three studio albums and two live albums in the can.

They’ve toured Scandinavia, the Middle East, Japan, the U.K., Europe, and the States. Not only they toured with Michael Rother of NEU, Wire, and Hawkwind, but performing at festivals such as South by Southwest (SXSW), The Great Escape, Roskilde, and Eurosonic to name a few.

Electric Eye’s latest release Horizon recorded back in the summer of 2018, is quite a story. They recorded the album, interestingly, at a small island they retreated to a place called Utsira. It is 70 kilometers off the coast of Norway. Not only that, but rehearsed all day and night in the island’s lighthouse where the waves were crashing as they were bringing their new sound to life.

Capturing the haunting spirits that is quite an evidential punch, Horizons takes listeners beyond the horizontal scopes of Acid-Prog, Psychedelic, Garage-Rock, and Ominous post-rock vibrations between the late ‘70s and early ‘80s.

‘Lighthouse Rock’ has some killer trip-hop drum beats and the sounds of the tragic figure, Joe Meek rolled into one. With ‘60s guitar sounds, it comes at you unexpectedly with tidal waving sounds for the organ to create these Morse code signals. You can just close your eyes and imagine yourself being at the lighthouse to watch Electric Eye creating ideas for Horizons.

Channeling the styles of Wooden Shjips and Voice of the Seven Woods, the quartet have done their homework very well. ‘En Bekymringsfri Koloni’ has some keyboards sounding like water drops inside this dark cave before the rumbling drum exercise gets you pumped up for a Krav Maga exercise.

Biting between the lunches of Bo Hansson’s Lord of the Rings-era and out of the obscure albums from Andy Votel’s Finders Keepers label, they go into Henry Cow’s territory channeling the opening styles of ‘Nirvana For Mice’. ‘Last Call at the Infinity Pool’ gets you on a roller-coaster ride with hallucinated mushrooms coming at you at 3 o’clock. The voice sounds like a beat poet between the late ‘50s/early ‘60s with some William Burroughs-like structure in the lyrics.

It has some striking keyboard work, rising guitar lines, reverb vocal effects, and blistering heavy solos going backwards along with repetitive lines back and forth with a chance to return home to Earth. It’s quite a Steve Miller approach on those riffs that would make you want to dig out Fly Like an Eagle out of your own record shelf.

But it’s ‘The Sleeping Sharks’ that has this B-Movie film score from the mid-to-late ‘60s at the drive-in movie theaters. While it sounds like a Roger Corman film, it’s the hypnotic Italian-like textures, knowing that the hero is getting close to solving the case with a brutal ending as ‘Our Water Is On Fire’ features Electric Eye tipping their hat to the arrangements of Tool’s Lateralus.

Electric Eye have brought a lot of strange ideas they’ve unleashed inside the lighthouse for Horizons. It maybe weird, but man these guys know what the hell they’re doing. And they can take it up a notch to hurl through the cosmos with sub-light speed.