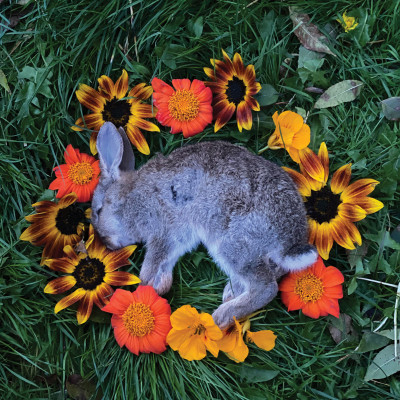 Your Time To Shine by Monolord

So this is Monolord. Five albums old, fully fledged, and phenomenal. In some ways they are still the same band that pummelled us into submission with Empress Rising and its 12 epic minutes of fuzz and riffology – but it is clear that they have continued broadening the horizons of doom.

Without going all Nostradamus on you, I always had an inkling that Monolord were more intelligent than their initial worshipping of the riff let on. Maybe it was the songs lamenting the destruction of the environment interspersed with the usual phantasmagorical moroseness we expect of doom. Perhaps it was from their interviews in which they spoke of their love of animals – and opposition to eating them. Or it could have been the drummer, Esben Willems, likening the ideal timespan of a tour to a bike race. It makes sense: both are exhausting, so it surely follows that a three weeks on the road is the optimum when you are in a van schlepping across Europe, because it has been proven over decades of people racing around France on a bicycle.

Actually I know what it is that sets Monolord apart: Willems’ ‘Satanic Feminist’ T-shirt that was prominent in the promotion shots for No Comfort and the way that numbskull fans were gloriously triggered by the sight of it. (An aside, which I am sure you are aware of already: a plea for equality, which is what a man wearing a T-shirt that shouts ‘feminist’ could be construed as, doesn’t mean that the dominant segment of the community is rendered any less equal. It just means that the oppressed segment is brought closer to becoming, y’know… equal).

Anyway, this album is further evidence that Monolord are more than the sum of their riffs. It is by some distance their shortest album yet, but noticeably more introspective than much of their previous work. And in the title track, it appears that somewhere along the line, at least one band member has been in close proximity to a gut-wrenching break-up. Make no mistake, there is still more than enough fuzz and riffage to satisfy fans who think they should have stuck with the relentless repetition of Empress. But there is a greater range of dynamics and – here’s a word you don’t hear often when it comes to doom – subtlety at play here.

And this record highlights more than any of Monolord’s previous releases the tightness of the band as a single entity: a mono-lord of doom, if you will. Mika Hakki, Willems and Thomas Jäger play as one. Take the lengthy, atmospheric outro to ‘To Each Their Own’ as an example. Willems’ tom-tom pounding complements the lower-than-a-snake’s-belly rumbling of Hakki’s bass. And Jäger is free to either follow the bass with some fantastic fuzz or soar above it with a chorus-effect-laden solo. And he does both. It all fits, with nobody seeking to out-loud or out-heavy their bandmates. There is no excess, nor is there any hint of egos battling for the listener’s attention.

The album begins with ‘The Weary’ in familiar enough territory, with all three members bludgeoning like a gravel crusher. Jäger’s flying-V lets out a squeal, then the song begins proper, with the guitarist’s vocals sounding clearer and more melodic than they have ever done. The improvement in songcraft over their last three albums has been incredible – and ‘The Weary’ is testament to that. Yes, it is slow, moody and malevolent, but at the same time catchy as hell.

The next two songs, ‘To Each Their Own’ and ‘I’ll be Damned’ are also high quality offerings to the Temple of Riff – the former is melancholy and melodic, with almost gentle quiet moments, where Jäger’s voice is only accompanied by his own guitar in the verses, before the rest of the band step in with a roller-coaster riff for the chorus. And that outro: that will get you pondering your life choices (in a good way). The latter features double-kick bass drums and a robotic vocal line, before things stretch out in true Monolord fashion.

Side two is where things get really forward-thinking. The title track begins with Jäger playing the opening riff like he is down a well. Then the song proper kicks in – and it is massive. Eight minutes of glacial fuzz, with thought-provoking lyrics, followed by a lengthy outro which showcases Hakki’s bass and straddles doom and dub reggae.

And if it sends you somewhere relaxing, then the final monster track, ‘The Siren of Yersinia’ will stun you awake, crashing around your ears like a bag of bricks. It has more quiet verses, but wait: the chorus is satisfyingly loud and will have the propensity to burrow into your brain and refuse to leave. The song itself is the closest we get to Monolord broaching the isolation and paranoia of 2020-21. Yersinia is a bacteria which is a causative agent of the plague. So when Jager wails “I hear the sirens of Yersinia, I need your death to set me free. I hear the silence of our millions, I feel the sickness breathe in me”, in a goosebump-inducing melody, you know they ain’t messing about.

Because this is Monolord, fully fledged and five albums in. You want intelligence and thoughtfulness with your riffs, sir or madam? You have it all here.