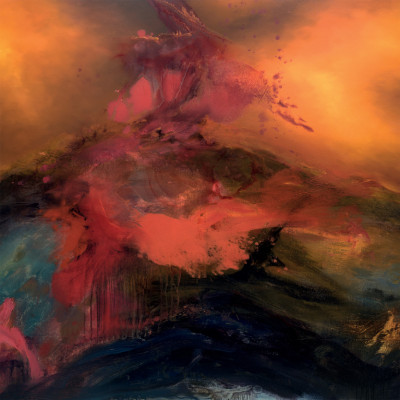 For obvious reasons the radio session is not a format the huge dronescapes of Sunn O))) are particularly well suited to but, as its unwieldy full title makes clear, that’s essentially what Metta, Benevolence. BBC 6Music : Live on the invitation of Mary Anne Hobbs is. A live in the studio recording capturing the band at full power as they reached the end of 2019’s Life Metal Tour. While it might be tempting to see this as a footnote to the band’s burst of productivity that year, it’s more of an epilogue, providing documentation of the ways in which the music had grown and expanded on tour and offering hints of the future.

It’s prime stuff, two hefty ‘Pyroclasts’ cuts and a full half hour long version of ‘Troubled Air’ to float in. On the two albums they released in 2019, Life Metal and Pyroclasts, Sunn O))) let a little light into the subterranean gloom, some colour into their previously monochrome world. They also achieved both a peak and a change. A refinement of approach that continues to pay off here. Recording with Steve Albini they were finally able to realise and capture the sound they wanted in the room, without then layering guitars on digitally. On the one hand, this is just a tech problem that they finally resolved but on the other it seems essential to the very nature of Sunn O))), the assumption of a higher form. Shedding a crutch in their pursuit of the electrical hum at the heart of all rock.

Pyroclasts, as you’re probably aware, was recorded at the same time as Life Metal, the band starting and ending each day with these meditations. 11 minute modal drones, not a composition nor really an improvisation, the band calls them ‘a daily practice’ as if they were prayer or yoga. An exercise to facilitate recording that produces a companion record is one thing, the appearance of two here is another somehow, suggesting a growing importance for the practice. Are they all one idea? Are they all different pieces? Are both things true? If you already think all their stuff sounds the same should you now feel vindicated or confused? It gets to the very core of what the band does and almost makes you wonder if they ever need to write anything again, if they can just explore this very pure approach. The name is perfect too, pyroclasts are fragments thrown up in volcanic eruptions. Protean, airborne, rock.

These ‘Pyroclasts’ run a little longer than on the album and both feature touring partner Anna Von Hauswolff on vocals and synth. I saw them on this tour, very probably the same week this was recorded, and a friend who really wanted to see her came over for the gig. As it turns out, he’d never really heard of Sunn O))). I’m not sure how often people are plunged into their world so unprepared but his confusion and disbelief is a memory I’ll always treasure. The live ritual is so central to the idea of the band, sound as a presence in space, a communion with noise itself, that outside of that it can seem impossible to ever listen to them loud enough. Fortunately, a teeth shaking pa is not necessary for home listening enjoyment.

A duality in Sunn O))) is the contrast of monolithic volume with the importance of subtlety. Because very little happens, small details gain greater weight. ‘Troubled Air’ has a procession of lovely droning synth notes that push the guitars and distortion slightly to the sides. When Stephen Moore and his trombone pop up twenty minutes in his playing is both mournful and beautiful but also joyous in a deep and calm way. It’s a moment that seems to highlight the emotional core of this whole set and although it leads us eventually into a more chaotic ending, even that feels uplifting. Their sound now feels warmer, more human and welcoming than before and through that it also gets closer to the sort of religious transcendence it aims for. Benevolence indeed. Praise Iommi.