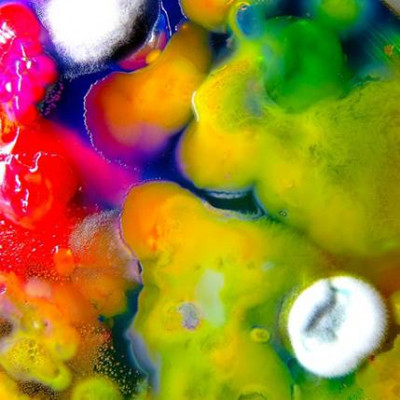 I think I first came across Guerilla Toss when I reviewed Eraser Stargazer for this very organ. A spikey art-rock project they were then, with heaps of potential, but po-faced as I was back then I didn’t quite get it. We’ve all moved on, of course, Guerilla Toss have moved on to the mighty Sub Pop label in fact, a move which will hopefully garner wider distribution and a wider audience, which  – based on Famously Alive – would be thoroughly deserved.

New York art rock, of course, has a long and distinguished musical history – Guerilla Toss’ Art Rock sensibilities continue to be at the fore of their music – but you can hear the influences of math rock here-in, also dream pop, komerschie rock. It reminded me by turns of Deerhoof’s cosmic wig-outs, or Stereolab’s upbeat disco numbers (albeit without the Marxism) or the dreamier end of LCD Soundsystem. To summarise, though, Famously Alive is its own beast, a gloriously epic, psychedelic pop-mess, which won me over before the first listen had finished.

There’s a shimmering glamour here, and each song is very expertly plotted and arranged – nothing outstays its welcome, nothing is boring. The band themselves describe their latest sound as luminescent, which is probably a more accurate description than I can muster. The strength of this album lies in the quality of its song writing though, there’s an euphoric feel to nearly all of the tracks here, a sense of breaking free, and a cutting away of the ties that bind, from the opening stomp of ‘Cannibal Capital’ to the floor filler of ‘Wild Fantasy’.

I urge you strongly to absorb its loveliness, it’s epicness, it’s righteousness. Hurrah!