(((O))) Feature: Echoes of the Past: Sid Smith – In the Court of King Crimson: An Observation over Fifty Years 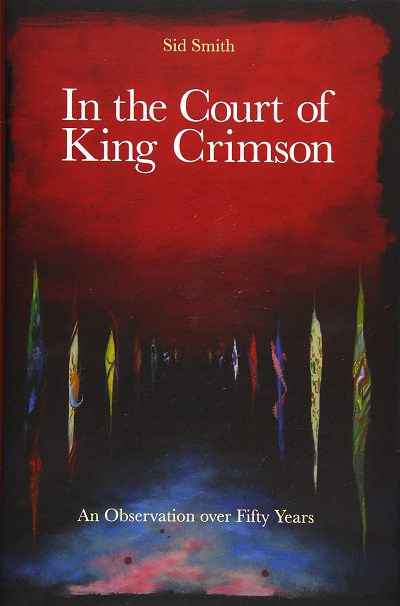 Let’s head back to the beginning. It is May of 2000. I had just walked out of seeing Screwed starring Norm MacDonald, Dave Chappelle, Danny DeVito, and Elaine Stritch. I had paid $8.50 to see this movie and I initially got screwed seeing it? Oh yeah. But there was one line that always struck me with Elaine’s catchphrase from the film, “Wwwhhhooo Cares?!” That was the one that always cracked me up.

But onto the story. My sister picked me up and we went to Soundwaves in the Montrose area in Houston. I had no idea what would tickle me fancy to see what kind of music would get me in the mood. I was in the “K” section, and I see this screaming face. It was King Crimson’s debut album in 1969 called, In the Court of the Crimson King. And it caught my attention.

I remember buying the album, being intrigued with the artwork and the gatefold sleeve. It was almost as if it was a story that was being brought to life. This was my introduction to the music of King Crimson. For me, this album was like a cannon blast waiting to happen. You had to understand at the time, the beginning of 2000, the music was not that good. Or should I say, really shitty?

You had MTV’s TRL, the pretentious nonsense of both the crappy boy band music that was going on and all that nu-metal crap of Korn, Limp Bizkit, Papa Roach, and all that Kid Rock shit, it wasn’t that cool. But King Crimson blew that door down and laid waste to all that crappy nu-metal shit like there’s no tomorrow by giving it the big, giant middle finger.

That and the Echoes of the Past feature on Sid Smith’s amazing book, In the Court of King Crimson: An Observation over Fifty Years, published by Panegyric, gives a great insight on one of the most important bands that influenced bands and artists like Porcupine Tree (Steven Wilson, who had done remixes of the band’s catalog since 2009 except for THRAK which was remixed by Crimson member Jakko Jakszyk), The Mars Volta, Tool, Opeth, Black Flag; who had an appreciation of the Wetton-era, and Nirvana’s Kurt Cobain who championed King Crimson’s Red album.

Originally released in 2001 and out of print for many years, until it was revamped as an extended and revised edition in 2019, Sid is a true expert of Crimson’s music. He’s for me, the Sherlock Holmes covering the band’s legacy. He was the first to see the band at Newcastle’s Odeon Theatre 50 years ago during the beginning of the John Wetton period when the Larks’ album was three months until its actual release on March 23, 1973.

For him, it was a game changer. “I didn’t rationalise it like that this was what I was processing internally is because, after that King Crimson concert, nothing sounded the same again.” Sid mentioned in the liner notes for The King Crimson Collectors Club release of the Newcastle recording in 2019, “Everything had changed and nothing was like it had been before.”

And after that show, it was a night that he will never forget. Since blowing the Stones away after opening for the group in their debut at Hyde Park on July 5, 1969, and recording their debut album, Crimson were a band that broke all barriers. Despite the various line-up changes, Robert Fripp has been the only remaining founder of the band.

From forming in 1968, rehearsing in the basement of the Fulham Palace Road Café on January 13th the following year, the intense recording sessions for the Lizard album, two different stories of Greg Lake asking Robert to bringing back a reunion of the original 1969 KC line-up, Fripp meeting Tony Levin while working with Peter Gabriel on his sole self-titled debut, the Belew-era’s first gig at a small basement club in Bath as Discipline, the criticism on The ConstruKction of Light, and the return of the band in honour of its 50th anniversary.

And now with the band’s probable last tour last year during the pandemic, it might be a perfect send-off for Crimson going off into the sunset. And for Sid, who not only had done liner notes for the 40th anniversary series back in 2009, articles for Prog Magazine, MOJO, and Record Collector whilst writing liner notes for MoonJune, Esoteric Recordings, DGM (Crimson related material), and Jazz in Britain, he is a very busy, busy man when it comes to writing.

But this book covering the band’s history, is worth the treat whether you’re a fan of the band’s music or not. Now the book itself is rare and hard to find now since its revamped release in 2019, but if you want to get into the sound of the band’s music, then Sid Smith’s book is a must have by entering the Cirkus of the Sailor’s Tale.