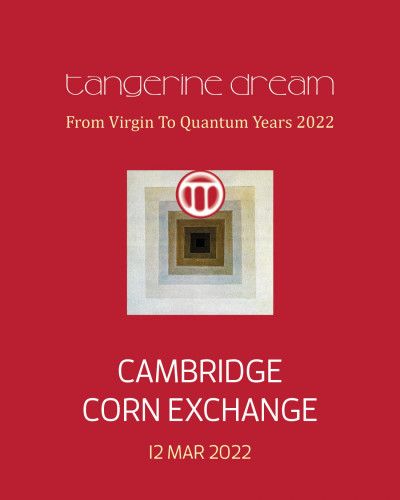 I really am no expert on Tangerine Dream: I’ve acquired Rubycon (1975) and Phaedra (1974) over the last 10 years or so and been periodically intrigued by the complexity and shifting patterns on the two albums, the evoking of the mysterious and the eerie, the sheer peculiarity of early Tangerine Dream’s music. When I saw they were playing Cambridge Corn Exchange I was interested to see if they could still do it; I bought a couple of tickets and also thought I should get up to speed on the last 45 years or so! I got hold of Quantum Gate (2017) and was seriously impressed.

According to Tangerine Dream’s website “In late summer 2014, Edgar Froese, Thorsten Quaeschning, Ulrich Schnauss and Hoshiko Yamane began to work on what was planned to be the first album of Tangerine Dream’s Quantum Years – a new phase of the band that Edgar wanted to use to introduce a couple of substantial changes. Consisting of himself, long term collaborator Thorsten Quaeschning (synths & musical director), violinist Hoshiko Yamane and new member Ulrich Schnauss (synths), the Quantum Years promised an updated, contemporary take on the band’s trademark sound of the 70s and 80s: sequencer-driven electronica covering a wide range of moods and atmospheres from ambient soundscapes to energetic, upbeat moments. Non-musical ideas relating to the field of quantum physics and philosophy had inspired Edgar to attempt a translation of these concepts into music”¹. In 2015 Froese, the last remaining original member of the band died, but Quaeschning, Yamane and Schnauss pushed on to realise this vision¹. The result is an album that’s the equal of those early records.

We get to the Corn Exchange early, the demographic of the crowd is pretty much as expected, predominantly post 50 which is fine by me – nice to not feel old at a gig now and then, but a good smattering of 20/30 somethings. For at least 45 minutes before the band come on stage there is a ferocious storm projected onto a back screen which seems to grow in intensity over time (though I’m pretty sure it was looped). My partner, who’s from Barrow-in-Furness, felt instantly at home!

At 8 pm Tangerine Dream, looking relaxed and amiable, dressed all in black, stroll on stage. Thorsten Quaeschning says “Good evening, Cambridge”, and we’re off. Now this is where you want me to identify songs, provide a setlist, tell you about instruments. I can’t. I think they played ‘You’re Always on Time’ and ‘Raum’ from the new album as I recognised the accompanying videos. There were computers and keyboards and a violin. Throughout the set both the lighting and projections were extraordinary, sometimes abstract shapes, sometimes video footage the visuals perfectly complemented the music. But despite the visuals I found myself returning to the gently swaying figures, The charismatic Quaeschning is centre stage, looking like an amiable, benevolent version of Snape. He’s flanked by Yamane and Frick, the former on violin and electronics, the latter on keyboards. 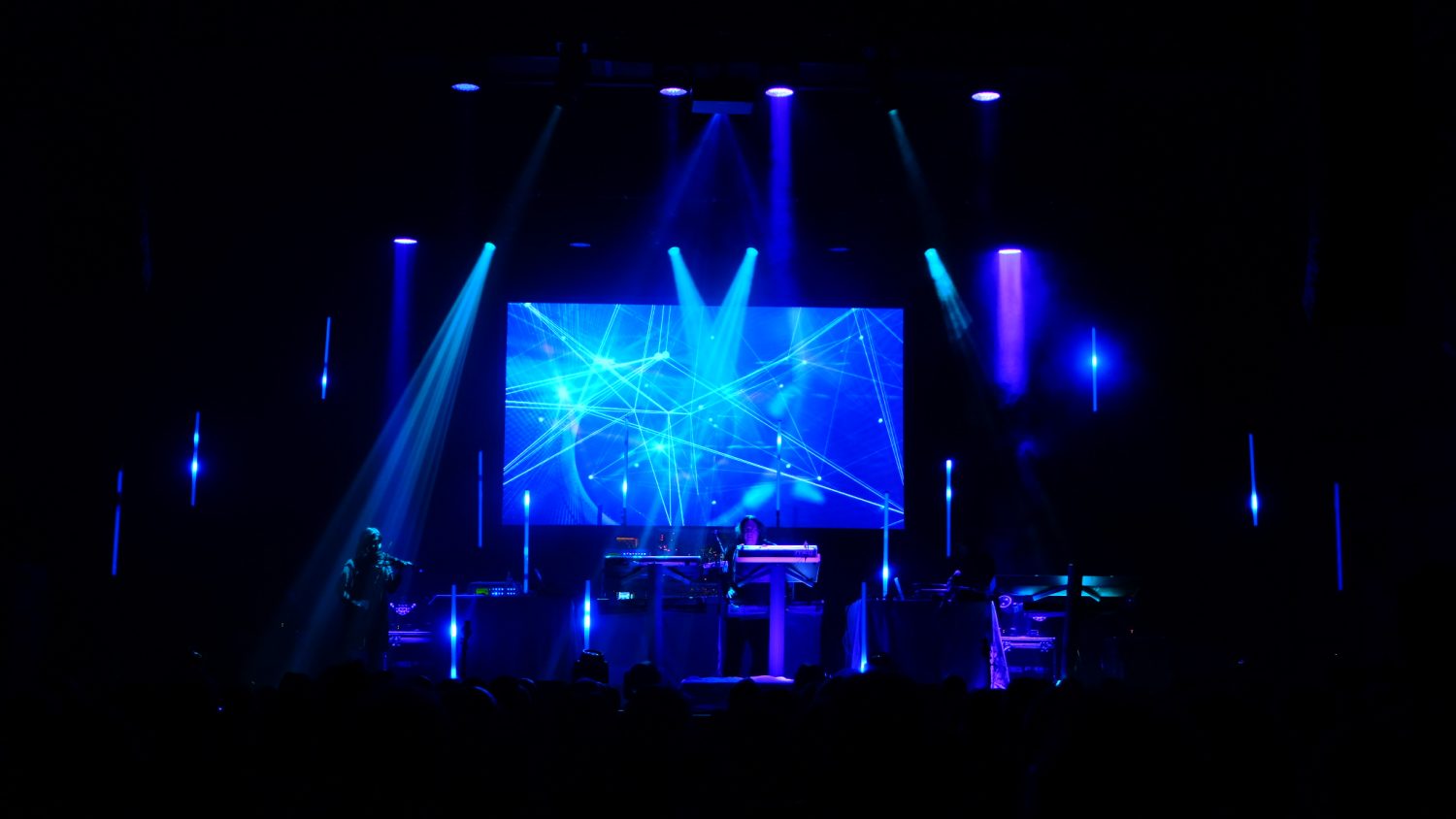 But more interesting, more important, is what a Tangerine Dream concert does…

The two hours were a lot more rhythmic and up tempo than I was expecting, drawing on techno beats (I think) to propel the evening along. About three songs in I realised I was listening to something special (and this is where it all gets a bit subjective). I have rarely, if ever, heard music so kind, so generous, so gracious. At points in the evening it was an encounter with the sublime. I actually felt a sense of hope as I listened to their music, that despite war and climate change and perpetual inequality and oppression maybe, just maybe, the human race could have a positive future after all. (Writing this the day after it sounds a bit odd, but that was what it did.) There is a biography of Dorothy Day called The World Will be Saved By Beauty²; for two hours I believed there was truth in that. I don’t think it was a particularly “spiritual” experience as much as an encounter with the best aspects of the human “soul”. An important reminder as a global pandemic segues into additional war.

At 9.55 pm Tangerine Dream went off, and then back on for an encore. We caught the first 15 minutes before having to leave for the train back to Norwich.

The From Virgin to Quantum Years tour should be made available on prescription.

An evening of mesmerising beauty.

² Hennessy, Kate. (2017) Dorothy Day: The World Will be Saved By Beauty: An Intimate Portrait of my Grandmother, (Scribner).