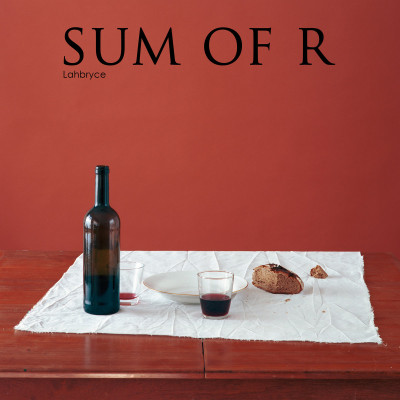 Lahbryce by Sum Of R

A great fear about writing reviews is making a mistake based on assumptions when there isn’t much information to go on, thankfully there was enough evidence to stop me from doing that with Lahbryce. I played the latest Sum Of R album four or five times and I thought there were five or six members with dual vocals, guitars, bass, drums and synths. Only from reading the credits and watching some live videos of the lead singles did I discover that the vast ground and sounds covered here are created by only three people. Whilst already really enjoying the album, gaining that knowledge exploded my appreciation of this truly remarkable post-metal record.

Numerous playthroughs of opening track ‘Sink As I’ had me convinced that this was a Mariner type affair with dual vocals reminiscent of Julie Christmas / Cult of Luna, but it is all the work of one individual, Marko Neuman. Similarly closing song ‘Lust’ continues to baffle me, as along with the rest of the album there is no guitar used at all as band mainstay Reto Mäder plays his bass in such a way that it sounds like the combination of three musicians on different instruments.

Supplemented with the excellent drumming of Jukka Rämänen, Sum Of R manages to create a wondrous mix of avant-garde, post-metal, psychedelia, kraut and crazed instrumental synthesis. At times the vocals swing unhinged around the excellent rhythmic base but it’s never out of hand or misfitting. The songs range from post-metal glory such as ‘Hymn for the Formless’ and epic album closer ‘Lust’ and also pass through avant-garde in the slow creeping ‘Crow of Diseased’. There is a real sense of space and a dark psychedelic tone that comes from the brilliant bass lines and weaves through a post-metal outer.

Lahbryce is an excellent album which offers an outstanding body of work. The individual magnificence of the musicians’ performances unites in some truly outstanding tracks. I haven’t heard anything quite like this before and I doubt if I will hear anything as intriguing and ultimately rewarding this year. The balance between being slightly oddball and coherent is done to perfection and the delivery of an avant-garde post-metal masterpiece is without doubt.