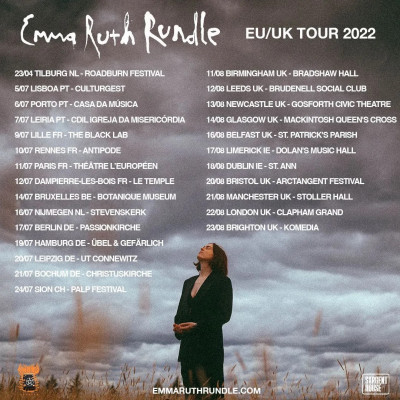 Now, as a regular on the Manchester music scene I thought I had been to all the venues the city has to offer but The Stoller Hall was a new one. Part of the Chetham’s School of music and more usually home to classical musicians. It seems I wasn’t the only one as there were a few people quizzically looking around for the correct place. After waiting a while in the nice and airy lobby we were politely informed that the show was going to start.

Friend and collaborator Jo Quail was supporting for the evening, and after everyone has found themselves a seat the room went completely dark and she was escorted onto the stage. The large stage, presumably big enough for a sizeable orchestra, contained only a grand piano, an acoustic guitar and Jo’s rather unique electric cello. Both she and Emma have come up from ArcTanGent. She said that she was going to play quite a different set. She opened with ‘Vigil’ which is originally a song from her time with the duo SonVer. It is a genuinely beautiful piece of music with some Celtic flavour. Jo is a musician who seems to happily float between the classical and more alternative rock spaces. She is evidently a virtuoso cellist but also makes use of a loop pedal –  it’s unique and a world away from your typical loop-pedal owner; it’s subtle but adds breadth and warmth to her music. 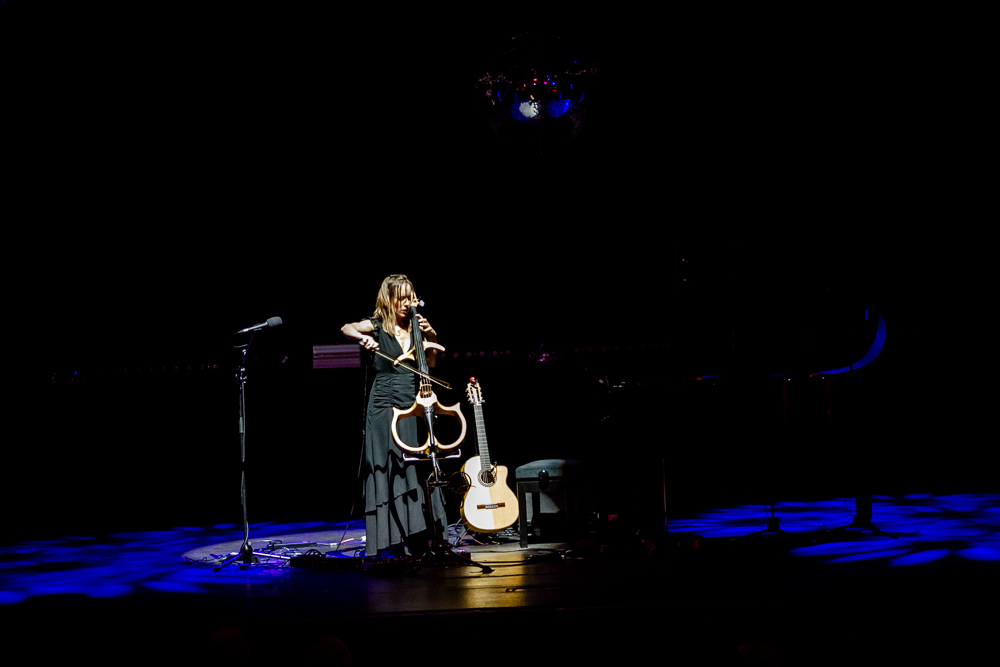 She moved on to ‘Rex Infactus’, which she mentioned was the first track from her first album and opens with an eerie, slow procession of notes with the occasional percussive tap of the cello. The track is very sparse and you can almost feel the quiet in the venue, everyone is totally silent and absorbed in the music and watching her effortlessly construct the track. She continued the set with two tracks from Five Incantations (‘Between Two Waves’ & ‘Gold’). She provides a little commentary on her inspiration for the music and is evidently someone who can see the beauty and mystery in nature and uses this inspiration in her pieces. Quite a bit different to some of the other sets I have seen but nonetheless wonderful and perfectly fitting for the venue. 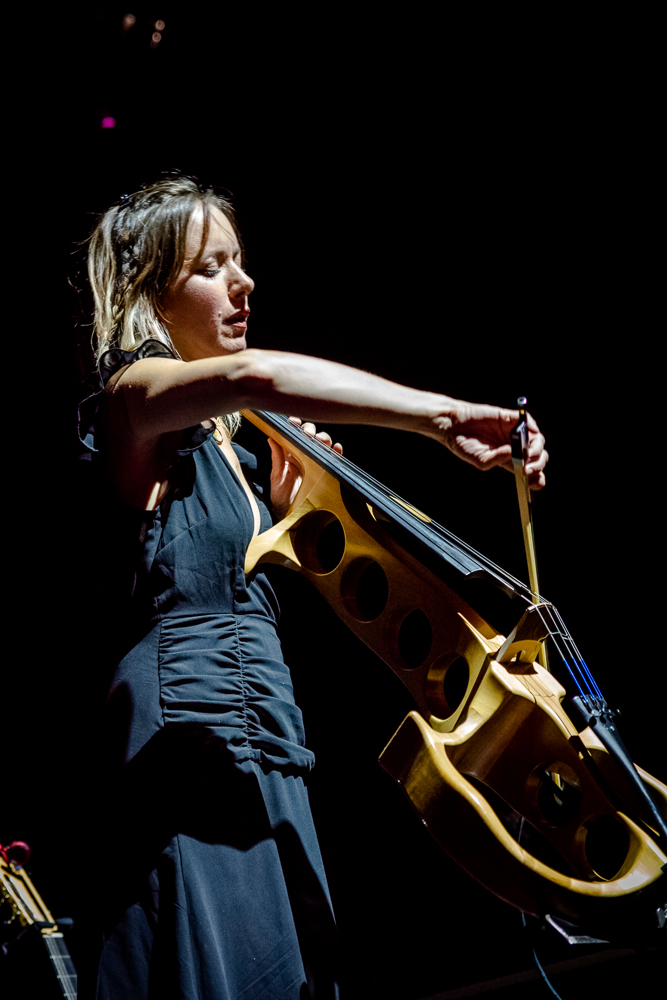 It must have been a bit unusual for the staff of the venue to be descended on by lots of heavily tattooed and elaborately dressed gig-goers more used to dive bars than a modern classical music venue, but everyone was impeccably well behaved and a few people who returned from a long weekend at ArcTanGent were probably glad of the change of pace. Emma opened the set with ‘Return’ from her most recent album Engine of Hell. I was a bit of a latecomer to Emma Ruth Rundle and it was really her collaboration with Thou that got me interested. Engine of Hell is an intensely raw and emotional album, mostly just vocals and piano or nylon-string guitar. Similar to Jo Quail, she seems to occupy more space than just a regular solo musician. After the first track, she mentioned that she was going to play the album in full and added “I didn’t say that anywhere but that’s what’s going to happen!” It is a gorgeous song and vocal dance around the piano. The acoustics are pin sharp and every breath can be heard. Moving onto guitar for ‘Blooms of Oblivion’ gives a different feel with the guitar giving less musicality than the previous track. She moved back to the piano for ‘Body’. Midway through the track her voice seems to meld with the piano; it feels very intense, very personal and almost intrusive. 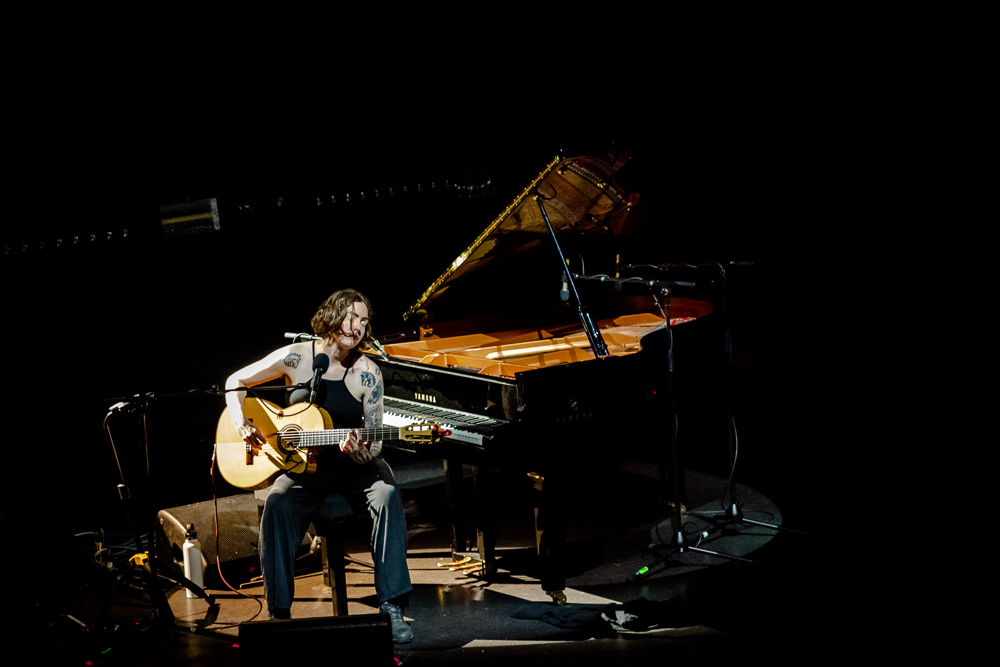 She asked after the track if we were a bunch of metal heads in a formal setting, to which she was answered with a few laughs and a round of applause. Her body language suggested that she possibly wasn’t feeling as comfortable as normal and it was fine, we were all feeling the same. She moved through the album: ‘Razor’s Edge’ seemed particularly emotionally charged. The wonderful thing about a gig like this is all there is to focus on is the music and, in this case, Emma’s heartfelt lyrics. The mood lightened a bit when Jo Quail joined her on stage for ‘Citadel’. They are obviously good friends and she mentioned that Jo had written some parts for her. The main set ended with a particularly heartfelt version of ‘In My Afterlife’. She was thanked with applause and a standing ovation at which she almost seemed a bit embarrassed. She said that she wasn’t going to go off to come back on. and was going to play one more song. Someone in the crowd suggested that she should do two more and she agreed to play a stunning version of ‘Marked for Death’ and a piano version of ‘Pump Organ Song’. 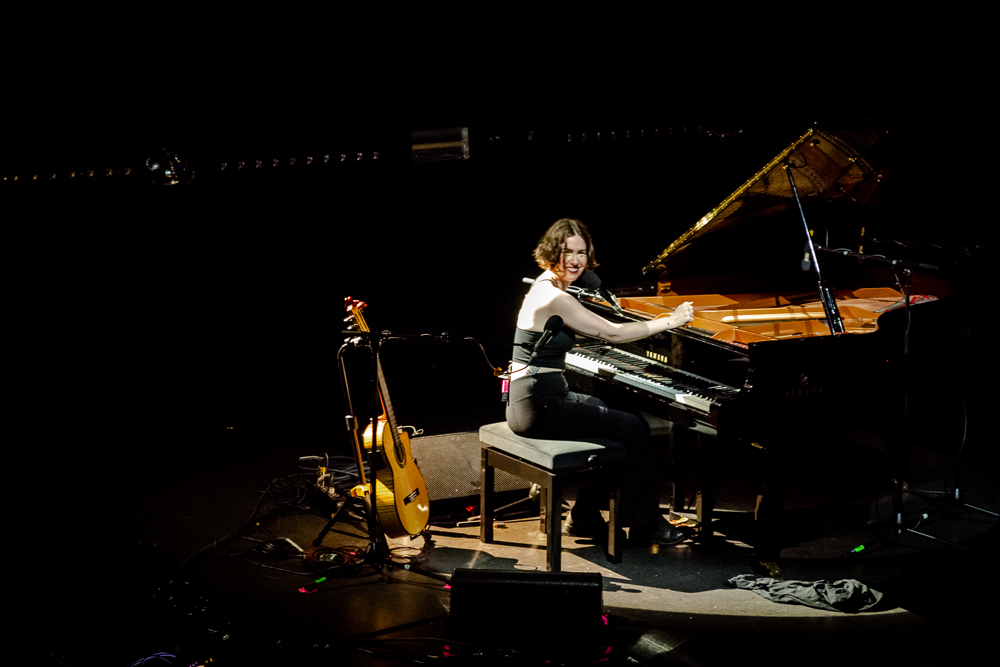 Seeing these two musicians in such a venue was, in short, a wonderful experience. The crowd were respectful and totally absorbed by the music. Both acts were faultless, despite them both playing different sets in a very different setting than they are probably used to. It was intimate, very personal and a pleasure to be able to spend a few hours enjoying the music. 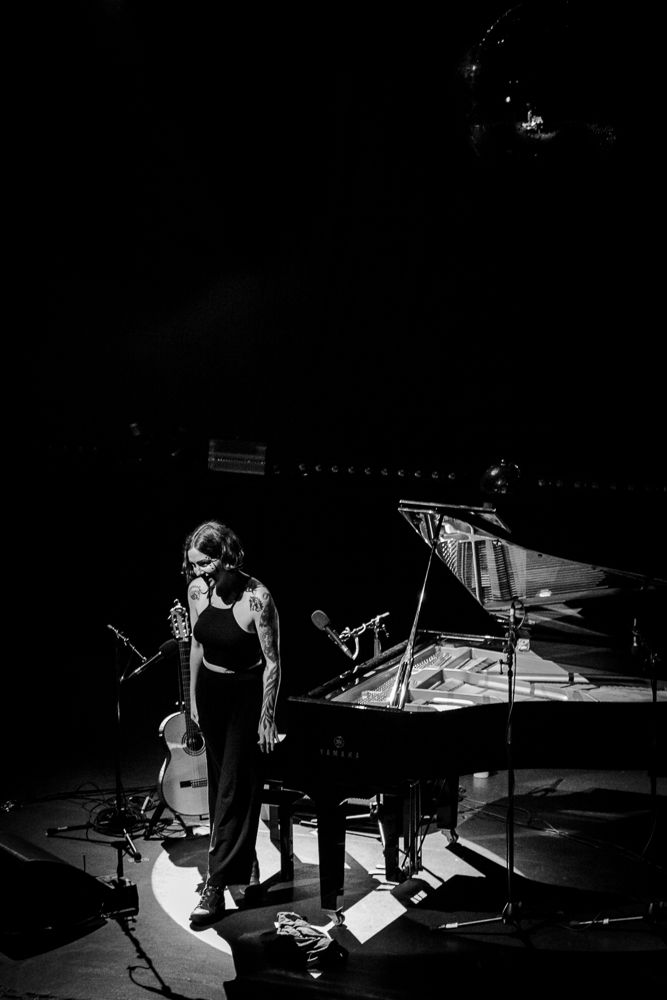