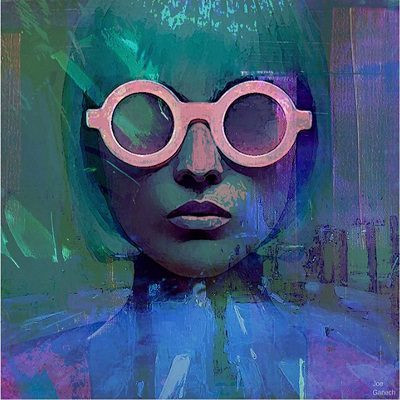 Having a sombering texture can be a good thing at times. You don’t want to risk yourself repeating the same thing again and again. Because if you do, you might end up being typecast being a sombering band or artist. But when it comes to Dyanne Potter Voegtlin, she’s doing what she wants to do by going forwards with her partner in crime Jan Christiana of Potter’s Daughter.

The latest EP from Nick Katona’s label Melodic Revolution Records entitled Weighted Keys, showcases three covers from Kate Bush, Joni Mitchell, and Tom Kelly, While Kate and Joni received a lot of recognition thanks to the usage of ‘Running Up That Hill’ in the fourth season of the acclaimed Netflix series Stranger Things, and Joni’s appearance at the 2022 Newport Folk Festival, Potter’s Daughter take their compositions to an enduring level.

‘Night of the Swallow’ from the 1982 release of Kate Bush’s The Dreaming, sees Dyanne bringing a sense of loss and struggle to carry on. She gives Kate’s vision a whole new opportunity with Jan’s Bass structure by reaching the mountain top. With its Celtic-folk midsection as it climbs rapidly with an unexpected twist, Dyanne reaches up to the mountain and sings to let the sun come up for a fresh, new day.

Dyanne returns to the piano as she brings almost a reprise to Kate’s composition on Kelly’s ‘Catherine’. You feel as if you’re inside a dream. There’s a sense of beauty, tragedy, loss, abandonment, and moving forward whilst Voegtlin lays down the scenery inside an abandoned house that’s been stuck in time for many, many years.

But it’s ‘That Song About the Midway’ from Joni Mitchell’s second album Clouds originally released in 1969 on the Reprise label, gives Dyanne a chance to spread her wings. She is able to fly with Jan guiding her to various landscapes that await her.

I love how she takes the song to a folky-jazzy approach to Mitchell’s composition while Jan goes into the visual styles of Gilmour’s sessions between The Division Bell and On an Island by bringing a new sense of a cool evening waiting to happen in the autumn of this year.

Weighted Keys is an attainable release that Potter’s Daughter have unleashed for 2022. When you look at Joe Ganech’s cover of the ‘Pink Glasses Girl’, you see this woman hiding from the pain and suffering she went through in the present, starting a rejuvenation in her life, not knowing what tomorrow will bring to her in the years to come.

But for Dyanne and Jan, I hope there’ll be more to come by seeing where Potter’s Daughter will bring in the continuation in the roaring ‘20s.