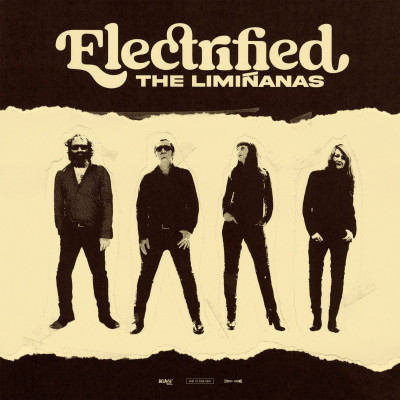 Since they burst onto the scene in 2009 Lionel and Marie Limiñana, aka The Limiñanas, were a sort of fresh retro air. Their take on the second part of the sixties psych pop, created in the music centres that connected the dots from Los Angeles to New York, and then across the ocean to London and Paris as seen (and heard through the eyes (and ears) of French music icons, particularly Serge Gainsbourg and Francoise Hardy, had enough of their own personality and modern musical touches to be exactly that – a bust of fresh retro air.

Now, they’ve decided to do a retrospective of what they have done so far, gathering a sort of collection of their personal favourites under the title Electrified (Best of 2009-2022). Yet, those personal favourites do not only include previously released material but  12 exclusive bonus tracks, a mixture of new songs and rare songs written under their previous moniker Les Bellas.

To top it off, the album will also feature liner notes written by Iggy Pop, Peter Hook and Keith Streng (The Fleshtones).

Listening to these songs as a collection, you realise what lies behind the high quality of music The Limiñanas are creating – the music, recalling all the great moments of the sixties psych pop from all over, sounds cool and inventive, and, well, new, giving us a reminder that ‘simple’ concepts can in most cases sound more sophisticated than complex ones.