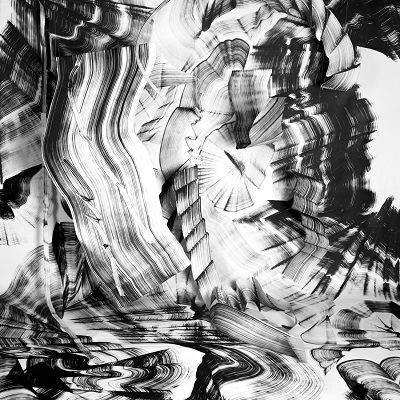 In an interview with Exberliner on December 13, 2018, at the time CAN were celebrating their 50th anniversary, keyboardist and composer Irmin Schmidt, the surviving original member of the band, describes how envisions all of the retrospectives of the band’s legacy; “I discover new things because listening to it after so many years makes you realise that music or any kind of artistic work always knows more than its creator.”

For Schmidt, he’s spot on. Because he wants to let his fans know that not only he wants to keep the band’s spirit alive for younger generations to discover their music, but how it’ll impact the next century to see where the future will take them.

For Belgium’s own Monolithe Noir, they’re following in the flaming fires of the krautrock genre nonstop with their latest release entitled, Rin. Since their formation in October 2013, Noir have unleashed two studio albums and are keeping the mysteries to unknown territories that’s like finding a needle in a haystack.

Rin means “Mystery” or “Secret”. It is Breton idioms such as; Finvus, Askre, Balafenn, and Brik. Get this, the album was recorded and mixed between a cellar, two apartments, and a family home. That is a very interesting way to record an album like that.

But for Noir, I can imagine it was a challenge for them to go beyond a studio session and find different ways to make Rin in all of its glory. There are moments on here where the band just go for the jugular and pushing that envelop so hard, you never know what to expect.

Take for example, the title-track. You have this percussion going into this mid-rapid heartbeat section, eerie jungle noises, acoustic guitars, and picking bass sounds that walk towards a dangerous scenario.

Meanwhile, ‘Morse’ and ‘Barra Bouge’ travel to the outskirts of Faust and Kraftwerk. The fifth track continues into a deep, hidden extended location by adding this flute-loop improvisation from ‘Ruckzuck’ whilst the eighth track is like a session work between The Faust Tapes, Silver Apples, and Captain Beefheart during his time recording his magnum opus Trout Mask Replica, going into this mad scientist frenzy that’ll knock your ass down to the floor.

Speaking of ass-kicking, ‘La Source’ feels like a ‘60s score to an Italian action-packed crime film with some intense sequences, filling the truck up with a shitload of cash before the tension starts to build up even more, not knowing when the alarm is going to go-off and blow their cover. But then the car drives off into this maddening arrangement between drums and bass on ‘Brik’.

Monolithe know their love of music so well, they’ll punch your stomach so hard with a massive 2×4. They hit you with it nonstop, it’ll put through a daze, and give you a giant reality check on what you’re missing.

‘Askre’ on the other hand, the group channel Stomu Yamashta’s ‘Memories of Hiroshima’. They add that layer of the apocalypse to come while the bass descends down on Earth’s crust setting up something enormous beyond our planet. The opener ‘Balafenn’ begins with a hyper-ventilating speed, walking into Devo’s secret laboratories, then spreading its wings by returning to Michael Rother’s time from NEU and Harmonia on ‘Finvus’ to go for that post-punk attitude that Joy Division and the John Foxx-era of Ultravox took notes on.

Rin is Monolithe Noir’s blooming flower, revealing all of the massive powers they brought from the kitchen table. Delicious spices mixed in with hot-flavoured wasabi sauce, you and its customers would want seconds to chow down on Noir’s home-cooked meal 24/7.