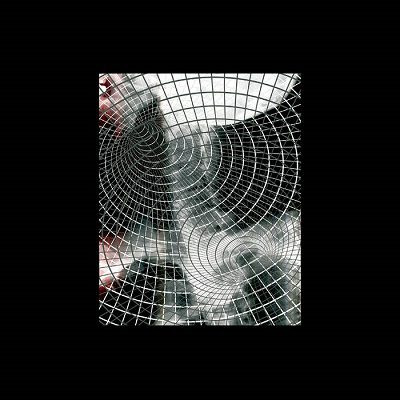 Sound of Music by Zero Times Everything

It’s been two years since New York’s own approach to the avant-rock and post-industrial sound of Zero Times Everything have released a new album after their 2020 release Sonic Cinema. Now they’ve come out with a terrifying and challenging release that’ll throw you into the black hole with their next album, Sound of Music. This 2-CD set released last year is a thrashing, hypnotic, and hammering follow-up with unexpected twists.

Sound of Music is done in two acts; Black Hole and White Hole. Rather than just taking the listener through our solar system, Zero Times Everything goes through a darker stratosphere into the parallel universes of time and space that is grim, surreal, and adding more fuel to the fire to be in this trance state. Yes it is a stimulating release and it’ll take time, but the enduring compositions are an exploration.

There’s the African-tribe percussion loop with a Crimson-sque twist on ‘You Are Hearer’ where they walk into Schulze’s territory with an anaesthetic vibe while the bluesy-sque ‘Blisterine’, ‘Razorblade Keychain’, and ‘Third Uncle’ walk into a post-rock alleyway with heavy pummelling chords between guitar and bass, followed by intensive drum work as Mikey Kirkpatrick on the second CD from the White Hole universe, channels his Belew-sque vocal interiors to add enough darkness throughout the whole cosmos.

Believe me, once they go into that world, there’s no turning back. ‘Milky Black Sun’ is as deep as the eye can see. You get a sense of brutal piano strings being plucked or strummed menacingly for the militant themes to march very intensively by walking towards the sun god and bowing to him before the master can rule with an iron fist and take over the milky way, very strongly.

There are four tracks that clock in between 13, 19, and 25-minutes. It’s hard to pick which of the pieces stands out in the Sound of Music, but it is ‘Oculus’ that goes into the Abyss. With Markus Reuter lending a hand into the dooming world, he brings a sense of chaotic visions, tumbling down towards the centre of the Earth, and very much the tipping of the hat between Frances The Mute from The Mars Volta, Fripp and Eno during the No Pussyfooting-era and Lou Reed’s textures from Metal Machine Music, it suddenly crawls up your spine like crazy.

You have a visual sense of what is to come, and what will happen in the years that happen as the 30th century approaches. But there’s a sense of beauty in the last five minutes of the composition where the sun god approaches our universe to give us a sense of hope, beginning of a new chapter, and the next journey that will take our fellow listeners.

Then, it goes into a frenzy-like dance of the death in the last three minutes where they go on this insane tightrope where Reuter and the trio go out in a blaze of glory for the bells to toll around the globe to send signals throughout the whole world. Sound of Music is not for the faint of heart. Nor an album to be played during kindergarten classes, but it gives Zero Times Everything a massive amount of explosives to hit those targets with a direct approach.