(((O))) : EastStrikeWest – We’re Important And We Keep The City Running 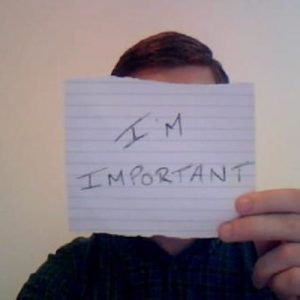 One of my favourite things about running this website is just sometimes, maybe a handful of times a year, a record lands in my lap that is so good I have to stop what I’m doing, put everything down, and just listen. ‘We’re Important And We Keep The City Running’ by Eaststrikewest is just such a record. It is a perfect rendering of a complete idea, something so fully formed that once you’ve listened to it you cannot understand how it wouldn’t exist; it just had to be made, in this moment, by these people.

EastStrikeWest take their cues from everything from Romantic era classical music through Muse and Radiohead and out as far as Post Rock greats like Explosions In The Sky and the epic scale of the songs on show here take the breath away. Tracks like ‘The Outsider’ and ‘Marionettes’ have the sort of scope and grandeur that would leave Matt Bellamy’s jaw on the ground.

Equally, it is not an album that should be subjected to the vicarious whims of iPod shuffle. It needs, in fact demands, to be listened to as a single piece. Yes, I could tell you that ‘Twisting Muscles’ or ‘Must Not Sleep, Must Warn Others’ are songs of soaring majesty, filled with glittering wonder and glorious scale but without ‘Bless!’ or ‘Waking From Comas’ to build up to them and to set them in context, you cannot fully appreciate them.

It’s not to say that this album has come completely out of the blue, their previous release ‘WOLVVES’ was a fine piece of work but it’s fair to say that they’ve moved forwards considerably since then, both in terms of exploring and expanding their sound and in the quality of the songwriting and where ‘Wolvves’ was sublime in patches ‘We Are Important’ carries the quality all the way through from the opening prelude of ‘Bless!’ to the heartbreaking closer ‘One Last Breath’.

In short, EastStrikeWest have produced a magnificent album of incredible dynamic range and intensity. If this isn’t gracing the upper reaches of people’s albums of the year lists then there is truly no justice, it certainly will be in ours.

Available to stream on wekeepthiscityrunning.com