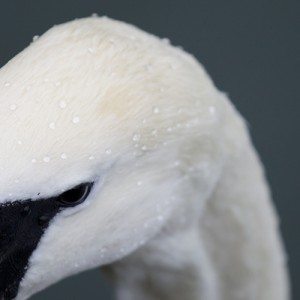 Out on March 24th through

Echoes, to put it simply, is a band that does not fuck around. Within the first 35 seconds of their first full length LP, The Pursuit, the band establishes a sonic atmosphere that prepares the listener for all that will follow on the record. Even when referring to album intros at large, the opening track 'Empty Lungs' is nothing short of deserving the descriptors “punishing” or “skull shattering”. There isn’t any leading seconds to the song, no airy guitars to ease the listener in. It literally starts and is immediately kicking ass and taking names.

What stands out as well during 'Empty Lungs' is that the group’s more aggressive sounds are consistently complemented by the presence of Circa Survive-esque tremolo, reverberating guitars. While chugging, hardcore influenced guitars charge forth, high pitched guitars resonate amongst the other instruments. It is this variation that truly sets Echoes apart from previous attempts at melding elements of hardcore, post-rock and metal.

The group hails from the UK and have been playing music together since 2010. Echoes’ sound is surprisingly cohesive for such a short lifespan, but the record hardly leaves any time to question such superfluous things. After the pummeling intro on 'Empty Lungs' the instruments drop out into ambient textures and then into half-time drums and distant vocals. It is an enrapturing variation that reoccurs throughout nearly every track on the record.

Alongside the disquieting instrumentation are vocalist Joshua Thurbin’s superior screams. Thurbin is an example of a vocalist that is more than a perfect companion to a band’s instrumentation. His grisly, tearing vocals have a sense of pain and vulnerability behind them. His presence is a metaphor for Echoes themselves: pure emotional intensity.

This theme carries on into the album’s first single, 'Honour Lost'. The post-rock, tremolo guitars take charge on the track, rising higher and higher throughout the song. The verses utilize bassist Steve Tolloczko’s riff to create a strong, impactful contrast with the chorus. Thurbin’s lyrics touch upon losing one’s direction and searching for meaning in a world seemingly devoid of it.

One of the record’s unique qualities is its length. The Pursuit runs nearly an hour long, and does not let up nearly the entire time. There are plenty of points throughout the tracks where Echoes sound more post-rock than hardcore, but these moments are soon contrasted by charging, intense passages. Considering the post-rock perspective, the album is the perfect length. On the other hand, The Pursuit is somewhat unwieldy. Most of the songs are around or over five minutes, and there is only one track reminiscent of an instrumental break. This intensity is no doubt what Echoes intended, and the only caveat is that the listener might consider setting aside an hour for the ferocity that is The Pursuit.

Regardless, every song maintains just the right amount of variation and contrast between the heavy and light elements that make Echoes so unique. The seemingly effortless blend of post-rock and hardcore genres make the group something truly exceptional and worthwhile. The Pursuit is an intense record that does not spend any time wasting time, and you shouldn’t put off picking it up. It will be available March 24 through Invictus Distro.