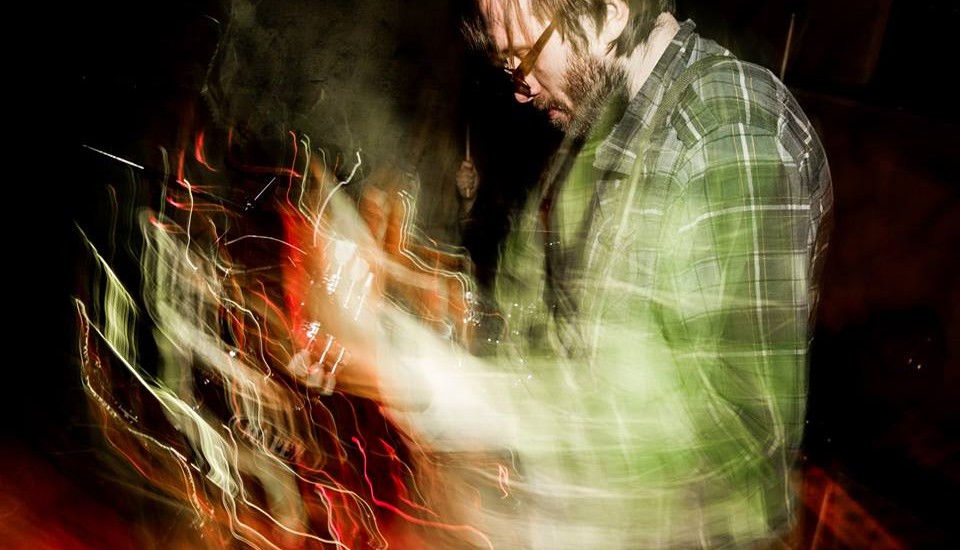 Mike has played Cosmic Carnage six time with Bong, Blown Out (x3), 11Paranoias and Drunk in Hell… he’s also constantly releasing albums that push your brain in all kinds of wonderful directions. Here’s his thoughts on things.

CC: Off the top of my head this year you have done one Bong album, three Blown Out albums and recorded albums with Haikai No Ku and Melting Hand which are on their way. This kind of output is incredible but how do you actually achieve this? Is writing and recording almost like an obsession?

MV: Absolutely, it is an obsession. I have a really addictive personality. It’s all about forward planning and will, I guess. All the guitar lines are improvised, resembling a stream of consciousness approach. I don’t spend a lot of time in the studio, as normally I or we have a low or non- existent budget. Planetary Engineering was done in about 6hrs.

Generally more time is spent on mixing and mastering. There is a lot of saturation in music that I make. So you can get lost in feedback and root note drones, if you’re not used to that style of playing, especially if there is a few really spicy tracks all going at once. So you can go mad, on several occasions, which adds to the time length of completion.

….So it’s possible to have a few albums on the go, at once.

Each of them have there own hemisphere of sound, so you know where your at…..However, sometimes for brief seconds, I have no idea what I’m doing or listening to. But that’s cool.

CC: What’s your favourite album that you’ve done this year? Don’t cop out, one favourite please!

CC: How did the Melting Hand project come about?

MV: I played a few gigs with Terminal Cheesecake when they got back together. I got to know Russell, Gordon and Dave. I spoke to Russ about doing some recording together, we never really got it together, due to logistics and timing.

Gordon suggested recoding in London over a weekend and we went from there. We had some jams the night before and then went in the studio.
It was done in two days. I grew up listening to a lot of Russ and Gordon music, so to actually play music with them, was awesome.
Same with 11Paranoias, when Mark was in the band, the first two LP/EPs were great to make. 40inch crash and ride cymbals… imagine that at close range. Devastating good.

CC: Newcastle seems to be a real hub of creativity in heavy rock at the moment, is there an awesome vibe up there?

MV: I get asked this question a lot, there has always been great bands coming out of Newcastle. It’s easier now to reach more people online so hopefully this will bring to light more great shit. For such a small city, no one really sounds the same. Refreshing.

MV: Reverence Festival in Portugal was great, got to travel around and play couple of shows around the fest, so got to see a few lush dives and sample some street cems. Not been that hungover whilst playing a show for years. Mild Terror.

MV: Supernormal is always a laugh, I spent more time there this year, so felt a bit more relaxed. Last year I played, then drove back to London to record over that weekend. So didn’t get a chance to soak it in.