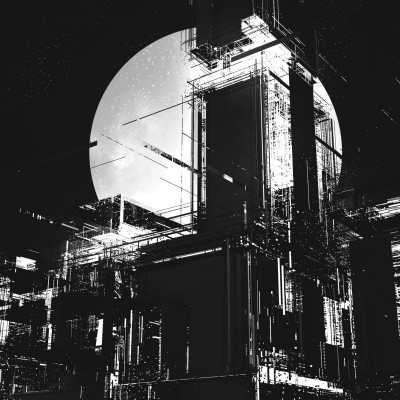 The year is 2053. The night is cold, the sky cracks and roars in a tempestuous rage over the incandescent skyline. A metropolis still and immaculate has yet to awaken from its slumber, unveiling the inconspicuous, bustling life crawling around its dark, labyrinthine alleyways. Behind the shining billboard screens and beneath the city surface lies the true nature of Nocturne City, impenetrable and violent. Such is the setting for New Model, a record both bolder and slicker than any previous release under the Perturbator name, a firm venture reaching beyond the “synthwave” label he is most commonly associated with.

Gone is the cheesiness of 80s’ neon lights, the French producer has now opted for a stern, more dead-pan retake on the dark, retro-futuristic sounds we’ve come to know and expect from him, eloquently introduced in the first few minutes of the aptly named ‘Birth of the New Model’. Arpeggiated sequences slowly fade in as the track swells up, effectively and concisely breathing life into the vividly outlined setting and atmosphere before kicking into full-action gear with a thumping kick bass rhythm and stuttering baselines set on overdrive. Amidst the industrial and electronica-oriented textures, fans will recognise familiar trademark rhythmic tropes and sounds from the half-man, half-synthesiser; long-time followers have naught to worry about: this is undoubtedly Perturbator we are dealing with.

From the thick, booming sub-bass detonations to the thunderous distorted synths that strike down with thunderous might on tracks such as ‘Tactical Precision Disarray’ and ‘Tainted Empire’, every track sounds both bigger and more sophisticated, effectively allowing New Model to be both the heaviest and most cinematic Perturbator record to date. Rather than expand on the wide array of sounds used on The Uncanny Valley, the producers’ sonic pallet is funnelled down and utilised with greater efficiency, relying on more efficient songwriting to articulate each of the six tracks into an engaging, consistent listening experience.

Two major elements are to be distinguished when accounting for New Model’s devastating efficiency. The first of these key factors relates to the tightly woven rhythmic sequences, darker and groovier than they’ve ever been, best illustrated on ‘Tactical Precision Disarray’ or on the 16th note bass-line melody section on ‘Corrupted by Design’. The second factor to the records’ efficiency concerns the overall pacing. Perturbator switches things up and articulates his tracks with a seemingly effortless ease, from section to section and from track to track, allowing every section to attain its utmost potency. The records’ closer, ‘God Complex’ best illustrates this with its impeccably woven structure and spellbinding ambience that make it appear as though it were no more than 5 minutes long.

As air-tight as the overall narration may be, the record does have its more fragile, flimsy elements. ‘Vantablack’, the only vocal-led track, offers some well-needed downtime from the records’ heavy bangers with a more intimate piece, impeccably produced but ultimately undermined by the clumsily written vocals and lyrics. A slight shame when when one compares the track to previous Perturbator hits featuring vocals (e.g. ’Sentient’).

Nevertheless; with its short runtime spanning over six tracks New Model is a short, concise release that cuts straight to the point and exceeds expectations by taking a bold move forward for the project. Indeed, Perturbator’s new musical incarnation is strengthened by the fact that its ambience is built and stands firmly on its own terms. With New Model, the French Prince of Synth Darkness ends his escape from the ruins of a saturated, overflowing retro scene and lays the foundation for his new empire. 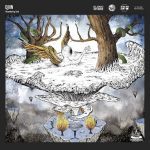 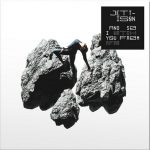 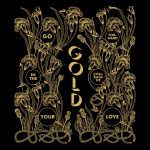