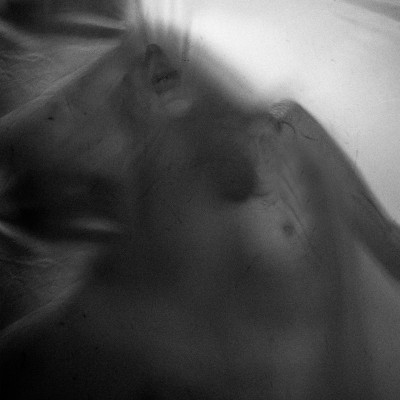 London-based quartet, Calligram initially came to my attention via the intense blackened hardcore of their 2013 EP Demimonde. A raging statement of intent which left them festooned with critical praise, Demimonde‘s visceral appeal lead also to support slots with the likes of Downfall of Gaia, Wolfbrigade, as well as a couple of headline shows of their own.

This year the multi-national troupe who feature members from Brazil, Italy, France and the UK return on the London label Basick records with their debut LP Askesis an ancient Greek word that roughly translates to ‘The practice of severe self-discipline’.

Opening with the throat-tearing intro ‘Della Mancanza’, it’s clear the blackened crust clamor is still firmly in the forefront of the band’s sound as grimey d-beat rhythms intertwine with rattling blast beats and savage head banging breakdowns. The second track ‘Sinking Into Existence’ leaps straight in with a brutal barrage of wintry black metal guitar and chaotic percussion. There’s a brief moment of tense respite as the morose rhythm section is pushed to the forefront and the dark clouds of tremolo guitar briefly part before rushing back in.

It’s a moment that shows a significant development in the band’s sound, which is also evident on ‘Scourge’, where the band explore a doom-laced dimension to their sound as vocalist Matteo Rizzardo drops the register of his voice to deliver sinister gloom-ridden evocations. Meanwhile the instrumental interlude ‘Murderess’ flits between light and shade before being giving way to the pulverizing hardcore of ‘Entertwine’.

Album closer ‘Lament’, opens with a grungy baseline snaking its way around Rizzardo’s agonized screams before building into a into satisfying cathartic post-metal crescendo then quietly fading away. Overall Askesis is a dark, absorbing listen; the numerous twists and turns serving to add additional dynamism to the band’s sound whilst avoid the familiar trap of sounding contrived or tacked-on as an afterthought.