(((O))) Review: Collapse Under The Empire – The Fallen Ones 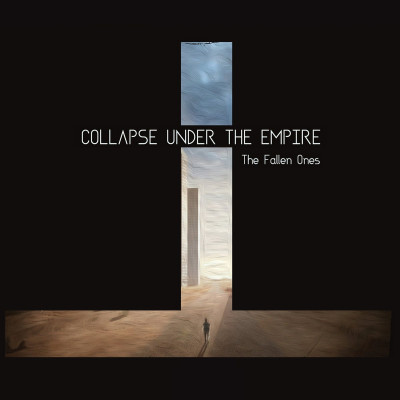 The Fallen Ones by Collapse Under The Empire

Across their discography, we’ve seen band mates Martin Grimm and Chris Burda of Collapse Under the Empire seemingly grow in strength with each new release. Whilst their music sits firmly within the post-rock bracket, the sheer audacity of what the band brings to the plate elevates their post-rock well above the norm, making them an exciting and exhilarating band to be following. On their latest release The Fallen Ones, we hear the band really upping the ante, and although it may falter from time to time, it still comes across as one of the band’s more stronger releases to date.

On their latest record, we see the band really throwing themselves into the capabilities of the genre, updating their own sound to incorporate synthesizers much in the same way we’ve seen Mogwai do on their more recent albums (Particular parts of The Fallen Ones seem to call up a very similar aesthetic to Mogwai’s 2016 soundtrack album Atomic). The result is of course that quintessential post-rock experience, one that builds up with a fevered ferocity and urgency, whilst featuring qualities that make it seem a little more modern and up-dated. The aesthetic and energy is there, though presented in a slightly different yet equally exciting way.

There’s much to admire on The Fallen Ones, which really feels much more of a cohesive album than some of the band’s previous efforts, giving us as listener’s this vision of a futuristic apocalyptic world where everything is epic and grandiose, with us at the centre of everything happening all around us. There’s a wonderful flow from track to track as well, giving the album that sense of cohesiveness and interconnectivity. What is of worry though is just how much this album begins to sound like Mogwai at times. Whilst the more synth elements help break away from the tiresome tropes of the post-rock genre, it feels that at times, Collapse Under the Empire haven’t really innovated much in their own way, and seem to instead follow the current trends others are beginning to establish.

At times, it feels Collapse Under the Empire struggle to really find their identity in their music. On some tracks, it comes through brilliantly as we buy into what the band present, though at other times, the vague elements that feel too much like other bands breaks the experience, and what could have been an incredible album comes across more as a good one. In spite of it though, when it works, it works, and there is much that can be enjoyed from Collapse Under the Empire, who certainly pack a wild and epic punch when they want too.

With other post-rock bands trailing horribly behind amidst their repeated tropes, Collapse Under the Empire at least seem to be attempting to incorporate new ideas, and whilst at times it’s a little misguided, it’s certainly better than the alternative, and in this case has still managed to result in a strong and enjoyable album, in spite of it.