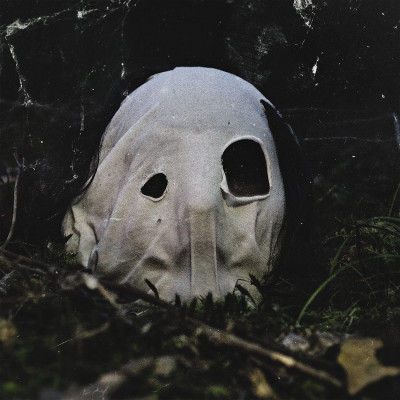 In Becoming A Ghost by The Faceless

Four years have passed since the release of Autotheism, the third album by the Californian band The Faceless. Since then the band have been through somewhat of a transformation with multiple people leaving and joining the band. Throughout the tumult, Michael Keene the multi-instrumentalist, co-vocalist and producer has remained the single constant, and it’s perhaps his influence that can be felt most strongly on the band’s latest album In Becoming A Ghost.

After opening with the horror-themed spoken-word poem ‘In Becoming A Ghost’ the band quickly launch into the blistering technical metal that they’ve become most well-known for on the second track ‘Digging The Grave’. In a similar fashion to Autotheism, there seems to be a much greater focus on Keene’s melodious clean vocals. The vocals, whilst potentially off-putting for technical death metal purists, serve as an interesting counterpoint to Ken “Sorceron” Bergeron coruscating screams.

As the album progresses it rapidly becomes clear that their approach to vocals isn’t the only thing that’s changed regarding the band’s approach, as intricate dazzlingly quick guitar solos, electronic flourishes, and haunting unconventional melodies embellish passages of labyrinthine death-metal. The fourth track ‘Cup Of Mestopheles’ drags the band into darker territory as dramatic strings swoop between blasts of metallic fury, piano, and industrial electronics while Keene croons ominously of finding a place “Where no one can touch me”.

Curiously the band have also included a cover of Depeche Mode’s ‘Shake The Disease’, which might seem like a peculiar choice for a technical death metal group, but incredibly it actually works perfectly, as the band infuse the laconic synth-pop of the original with a sense of operatic urgency and metallic fury. A special note should also be reserved for the bass lines, which rather than being content to sit behind the guitar, carve their own serpentine path through each track.

In Becoming A Ghost is an ambitious and restless album and clearly, the product of many hours in the studio spent honing their sound. It’s precise without ever appearing clinical and challenging, but also highly listenable. These factors, when combined, could potentially bring The Faceless to the attention of a whole new audience whilst providing plenty for their existing fans to enjoy.