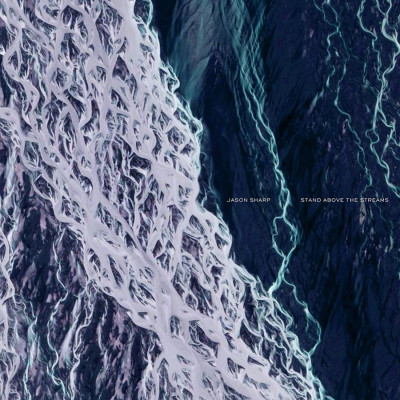 Stand Above The Streams by Jason Sharp

It was in 2016 we saw the first solo output of Canadian musician and composer Jason Sharp, whose debut album A Boat Upon Its Blood stunned listeners with its incredible fervent and charged concepts presented in a pseudo-jazz/experimental light, brimming full of experimental ideas and techniques. A little over a year later, we are presented with the second solo album from this exciting and innovative artist, Stand Above The Streams, which continues this experimental style to deliver another incredibly distorted and alien sounding experience that at the core of it, moves the very fibers of one’s body in such an incredible and indescribable way.

Expanding on many of the techniques first employed on his debut album, Stand Above the Streams sees Sharp further utilizing his techniques of custom Midi and synthesis apparatus (assisted by Adam Basanta), which allows him to simultaneously perform saxophone performances whilst his own heartbeats, pulses and breathing are processed in real time, transformed into a percussive beat that underlies the album’s experience. The result of these experimental notions is an album that throws us into the foray of a human body experience, with the processed percussion based on those human time clocks influencing our own bodies, moving our own hearts to a hurried tense pace as droning saxophone performances add layers of emotion and depth to the experience.

Whilst Sharp’s debut of A Boat Upon Its Blood deployed a number of experimental ideas and techniques, Stand Above The Streams feels much more focused on particular techniques, and experimentation in seeing the different ways it can be translated and presented. Whilst some sections in the tracks feel like a terrifying fever dream, other parts offer respite in their more droning concepts, bringing the energy down just enough to soothe, whilst still maintaining that level of tension that is undercurrent in so much of the album. It is by no means an easy and accessible album, but it is one that moves the human body in such weird and confounding ways that it is hard not to appreciate the experience being offered, providing one is willing to let themselves experience it so.

The experimental nature of the album makes this a difficult one to approach or even access, though it is albums as daring and as bold as this that makes it such a phenomenal experience to listen to. Listening to Stand Above The Streams feels much like taking a gargantuan and terrific journey through the human body,  where something alien and unknown is hidden away deep down amongst the layers of our own skin. It is akin to the blood rushing through our own body, our own hearts beating to a rhythmic time clock, accompanied by the saxophone that grumbles and murmurs or screeches in terror. It’s difficult to get one’s head around sometimes, but the experience is nothing short of exhilarating.