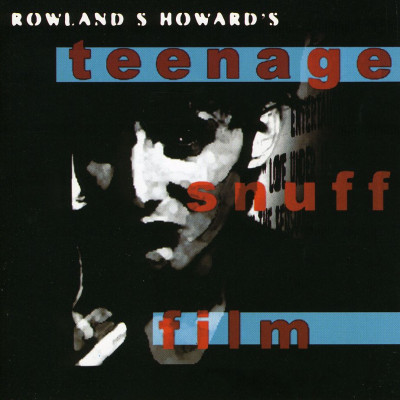 Fading out behind a blue cloud of cigarette smoke and iridescent splinters of guitar. In the decade since his untimely death Rowland S. Howard has receded ever further into myth. Even while his thrilling, incendiary, playing in The Birthday Party has become a touchstone, a perpetually offered influence among lesser hopefuls, his scattered later discography has felt overlooked. As if he was safely locked up in that myth while he were still here. It didn’t hurt that he looked as if someone had drawn him into being. Angular, skeletal and ludicrously cheek boned, he hardly seemed of this earth. Fender Jaguar held with the neck horizontal to the stage, a slight but singular detail, spitting out sparks and squalls of new sound. Always a cigarette dangling from his lip, almost a caricature of wasted elegance. All this fierce light became an ember in the shadow of his old band’s swaggering frontman.

This is truly something of a lost treasure. More than twenty years into his career Teenage Snuff Film was Rowland S. Howard’s first solo album. Another twenty later it’s only just receiving it’s first proper US release. Never an easy internet search, the title is perhaps a little caustic and off putting, a hangover from too much time working with Lydia Lunch. I’ve often thought it didn’t really fit, too lurid for the album’s sombre songs but it’s possible to read it as a sardonic comment on the eternal themes of sex, death and isolation that run through the record. It’s a dark and despairing set of songs, shot through with existential loneliness but it doesn’t wallow. Howard doesn’t go in for melodrama or self pity, tending instead toward a bone-dry, self lacerating humour.

Mostly recorded as a trio with the dependable Mick Harvey on drums, organ and guitar and Beasts Of Burden’s Brian Hooper on bass. His songs here continue in the manner of those he wrote for These Immortal Souls but more spacious. The arrangements are stripped back, with just enough of everything to simmer in the background framing Howard’s voice and guitar. Oddly given his reputation for six string psychosis ‘Dead Radio’ opens with slow strums and soft brushes. A parade of smart couplets drawled out under blank hooded eyes and the faintest most tasteful dash of strings. ‘Breakdown (and then…)’ drops the pace down further to a bitter crawl. Heavy with menace the sparse instrumentation packs an extra punch when it does flare up.

Rowland’s voice is limited, mostly a speak-sing drawl, but he makes great use of it. Pushing through convincing emotion with the smallest of touches. The real emotional punch comes from his guitar of course. Still, vocally he never overplays anything and he never blankly monotones either despite the affectless chill in some of the lyrics. ‘I Burnt Your Clothes’ apparently relates a story of heartless disregard but plays out uncertainly with empathy for it’s unpleasant narrator. Not a prolific writer, you suspect he was a sharp and critical editor. His lyrics have a poetic concision, are full of delicious turns of phrase and prefer nuance over the drearily literal. They’re less narratives than fragmented vignettes.

The album’s two covers signpost the neighbourhood, jukebox choices that let you know what kind of place you’re drinking in. ‘She Cried’ is a song he got from The Shangri-La’s whose tough world of doomed romance and clear eyed fatalism resonates strongly in his own. The song is a pretty cold detailing of the fallout from a dumping. They keep the tambourine accented ‘Be My Baby’ beat but slow it down to an older, deeper pain. Sticking it in and twisting, Howard’s guitar is an emotional bloodletting. Billy Idol’s ‘White Wedding’ is here stripped of its showbiz clothes, Rowland looking to find something of value in a cartoon. Its glam stomp and neon 80’s bombast dialled down from Idol’s chest beating threats to something thoughtful and concerned. The key truth he digs out of it is the “there’s nothing sure in this world, there is nothing pure in this world” section.

From its early strums the album draws you into the gathering darkness, the intensity building. The racing rhythm and driving guitar of ‘Undone’ absolutely seethes, Howard the raging, bitter party in another separation. In immediate contrast ‘Autoluminescent’ is a warm shimmer, almost a prayer. Free of the flesh, of the absurd torture of life, it’s a devotional boast, an illusory moment of transcendence. Escape into narcosis or healing or love. It seems a bright and beautiful point to go out. Rowland isn’t buying it.

The closing ‘Sleep Alone’ is a vicious storm of guitar, a pitch black negation. In case you were left in any doubt he makes it clear “My love, I’ll show you nothing, I’m a misanthropic man” and turns away from the whole ugly parade. He curses the heavens and the earth and challenges us to stop him. As the drums drop away and the guitar roars he finds a grim peace “The sky is empty, silent, The Earth is still as stone, Nothing stands above me, Now I can sleep alone”. The storm of glorious guitar noise rolls on for another couple of minutes. Remarkably this devastating blast of curdled rage and hurt was played at his funeral.

It would be a decade before he followed it up with the equally strong Pop Crimes, shortly before succumbing to liver cancer. Without a weak track or even a misplaced note Teenage Snuff Film is a pretty much perfect album. It’s not a fun one, and not everyone wants to spend time in that much darkness but it remains an incredible and powerful piece of work. It takes time but it stays with you and gets richer and deeper. Teenage Snuff Film is being released for the first time in the US by Fat Possum, Mute are reissuing both albums in the UK. They’re great records, neglected masterpieces by a legendary artist, it’s long past time they were more widely known. 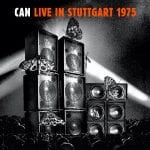 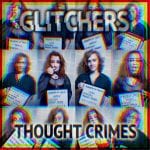