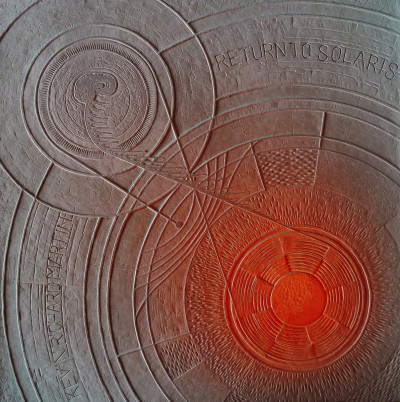 “We think that art demands special knowledge; we demand some higher meaning from an author, but the work must act directly on our hearts or it has no meaning at all.” – Andrei Tarkovsky

Whether caving in skulls with Techno Animal/Zonal, loosening bowels as The Bug and King Midas Sound, or linking up with Dis Fig to soothe twitching brains on the recent In Blue LP, Kevin Richard Martin hasn’t so much pushed envelopes as tunnel-bored them into the past.

His latest release, Return To Solaris, is no exception.

The film Solaris is, seemingly, about the the bonds between surface and depth (although I’m sure that Tarkovsky would have disputed that description), so it’s fitting then that KRM’s score does much more than simply update the sound palette. It digs down deeper, drilling into the human experience at the crux of that cinematic experience. The track ‘Weightlessness’, for example, is formed of floating bubbles. Little delayed pockets of sound reverberating out like radar signals guiding a path through the mists of memory. A bolshy, burly, presence shoulders its way in like a nagging, disconcerting sense of something nearly familiar but almost certainly not.

This uncertainty continues with ‘Wife or Mother’. There’s an apprehension deep at the heart of Martin’s composition which seems like an attempt to understand, to form coherence from the uncanny. Writing about the project, he said “it was with a certain amount of trepidation I stepped into such large footprints.” Understandably so. Not only is this for a film created by a Goliath of Soviet cinema but the original score itself was formed from the repeated use of Bach’s ‘Choral Prelude F Minor BWV 639’ – itself a masterful, mournful, work – and the experimental electronics of Eduard Artemyev. The latter’s electronic shroud perhaps not so much masking the humanity of Bach’s work but highlighting and accentuating it.

In order to achieve the authentic tones wrought throughout Return to Solaris, Martin enlisted the Vooruit arts centre in Ghent to aid him in tracking down an original Pulsar 23 drum machine created by SOMA Laboratory. This spectral device contributes heavily to the fug that enwraps the score much like the swirling oceans on the planet of Solaris. ‘In Love With A Ghost’ features soft swathes intruded on by glitching disturbances. Sounds that glint and slide like struck blades. A dark creep gains in confidence. The undulations pick up pace, swerving into states of anxiety and dread. This drone canopy can also be found on third track, ‘Concrete Tunnels’ in which rhythmic, industrial pulses push though a veil of fog & mist, weakening it and gradually diluting the impact. The sounds spread, forming a thick haze whilst the rhythm persists, casting off the bass notes and drawing them in again. Juddering chords repeat and vanish, skipping from right to left and back once more, echoing off the long, tubular walls.

With Sirens Kevin Richard Martin made a “film score” to help cope with the traumatic experience of his son’s birth and the major intestinal surgery that his new born child urgently had to undergo. With Return To Solaris he has removed himself a little from the subject matter but the approach is very much the same: meshing drones, piquing tension, sonic motifs that reappear to drive ideas and emotions deeper. It might, initially, appear to have less of the personal edge to it but Return… is not a distant sonic outing. It blisters and sears, warms and shudders. It’s the assured work of someone in full control of their musical armoury. And it is intimately weaponised, like an adaptive life force reflecting back the fears of its prey.

This duality can be heard playing out on ‘Hari’ as two interweaving, interlocking, notes ring out and exchange place in space and time much like searchlights crossing beams and brightly illuminating the point of intersection. This gives way to a vast and airy pad that soars unfettered whilst, lower down, a dirty gritty drone rumbles on. Earlier themes are repeated. Glassy clangs ring out like bottles nudged by a protruding elbow. It’s the sound of seeking.

Elsewhere we get sounds of unfurling drives and collapsing minds caught up in a musical snowstorm (‘Resurrection’), rasping, hoover-like wasps clashing with ominous thumps on the title track, and lightness & serenity in the form of hopeful chords on ‘Together Again’. Although, admittedly, even that track cannot escape the intense darkness crawling at the core of this record: each repetition of an echo, a seemingly perfect pair, reveals mutations and distortions. Sounds ring out like cries. Not human, not quite animal. Something else.

By the time that we reach the finale, it becomes clear that Kevin Richard Martin has made an otherworldly work seem intensely personal. It sets off quietly, almost imperceptible, but soon enough heartbreaking shifts emerge. Growing sadness interlaced with a peal of concern. What began as looming nervousness soon becomes the shoulder sag of regret and acceptance. Distortion mounts and tears down through oceans of emotion, leaving little but traces of sound billowing out alone.

Tarkovsky once said that “a book read by a thousand different people is a thousand different books.” His calculations are a little off on that one. Each time someone experiences a work of art, they experience it differently, as they will never be the same person as when they first experienced it. This life experience, this heft of existence that KRM has gone through since the first time he watched Solaris has imbued every drawn out drone, every cacophonous boom, every tenderly pressed key with an emotional weight that could not have been captured by anyone else. In short, this is the culmination of a lifetime’s work. 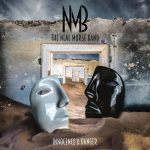