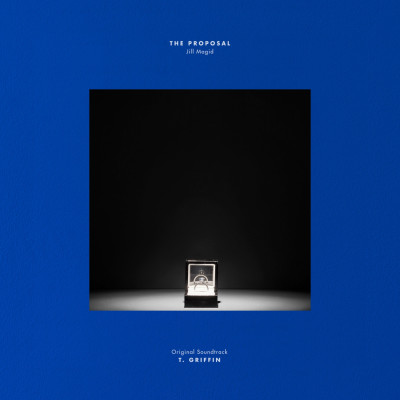 The Proposal by T. Griffin

Without even hearing a single note of The Proposal, the new album by Brooklyn composer T. Griffin and just looking at the cover, you get an immediate, evocative feeling that you are going to encounter some dark-toned music for films, perfectly suitable to some film noir that somehow you’ve missed, but certainly shouldn’t have.

And in that, and many other respects, The Proposal doesn’t disappoint. And it shouldn’t as Griffin has been making this kind of atmospheric film music for over 20 years now, with some 50+ feature-length film scores under his belt. That is besides his five solo albums and numerous other collaborations.

This time around, Griffin has recorded the soundtrack for the film that also bears the title The Proposal, the work of conceptual artist Jill Magid. The description of the movie itself actually quite easily describes Griffin’s music presented here. The Proposal is an “art-world docu-drama that traces a cryptic and meditative path around the legacy of Mexican architect Luis Barragán, raising questions of intellectual property, appropriation, reification, and obsession along the way.”

And it works almost perfectly. Through Griffin’s score, you get the gist of the film, even if you haven’t seen a single frame of it. But, at the same time, it also works as a separate piece of music on its own.