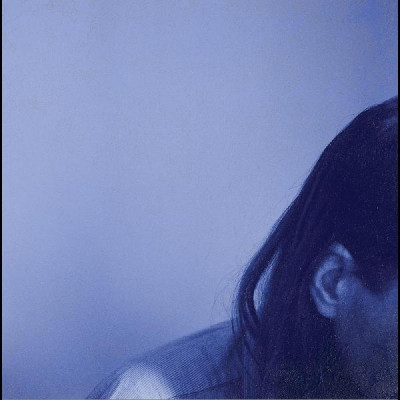 The Stars Are God’s Bullet Holes by John Murry

On The Stars Are God’s Bullet Holes singer songwriter John Murry finds himself in unfamiliar territory – sober and bordering on content. His first album, The Graceless Age, detailed the hell of his addictions, the second, A Short History of Decay, the breakdown of a relationship and marred by the death of a friend and mentor, Tim Mooney of American Music Club. Murry, originally from Tupelo, is now a resident of Kilkenny, Ireland and recently engaged (achieved via an interview with The Guardian newspaper about this album!), and is finally looking forward to some much deserved peace, love and stability. The trouble is that when your whole life has been a succession of tragedies and unspeakable horrors it’s not easy to be accepting of life’s joys. Full of feelings of self-loathing and mistrust, many of this albums lyrics sound like they were written by Murry sat in his car at 2am, outside his house, a hastily packed back on the back seat, sucking on a cigarette, trying to figure out whether he should run away from a life he can’t deal with and is unsuited for, or perhaps be braver and embrace an ordinary love with its ordinary complications.

After Mooney’s untimely death, Michael Timmins of Cowboy Junkies took Murry under his wing for A Short History of Decay, and now John Parish, best known for his work with PJ Harvey has taken up the mantle. Parish’s early work with Harvey is definitely referenced here, as the album is very guitar heavy, with a dry, abrasive tone, mixed with a sort of arid, thrumming, psychedelic undertow, which can be heard on his work with Giant Sand and Sparklehorse. It is Murry’s heaviest album to date and will certainly not dispel the comparisons with Mark Lanegan which have been made in the past.

Lyrically it’s still bleak and I wouldn’t expect that to change any time soon, but there is some dark, surreal humour laced throughout the songs. On the single ‘Oscar Wilde (Came Here to Make Fun of You)’ the track begins from the viewpoint of the Oklahoma City bomber but then ranges somewhat elusively, to take in bleak atheism, musings on the role of the artist and intellectual detachment. It has the rambling, end-of-times sagacity of late period Dylan, but manages to do it in a few minutes rather than turning into a full blown lecture! Murry is clearly angry at the violence in the world, something he knows plenty about, and maybe with his own place in the cosmos more assured he wants the rest of the place to heal and find a better future. If that doesn’t sound like standard single material then perhaps the sunny, almost high life guitars and lap steel accompaniment, which give the song a jaunty air, will explain the decision.

The lap steel playing is present on several tunes, as are the gorgeous backing vocals of singer songwriter Nadine Khouri, adding a beautiful mellowing counterpoint to Murry’s deep, bitter pronouncements. Yet despite the lightness added to the mix it is the rockier elements that are the most frequent ear-catching moments, with several of the songs, such as the title track and ‘Perfume and Decay’ having a driving, nocturnal menace akin to prime Afghan Whigs. Murry is clearly a fan of Greg Dulli’s soul rock bruisers as he covered ‘What Jail Is Like’ on his last album, although the decision to cover Duran Duran’s ‘Ordinary World’ this time out does at first come as more of a surprise! However, once your ear becomes attuned to Murry’s less sleek and shiny version it begins to make sense. Simon Le Bon’s lyrics dealing with the surrealism of mundane, everyday life and the chorus of “As I try to make my way to the ordinary world, somewhere I have to find” clearly struck a chord with Murry, even if Le Bon’s song originally dealt with the comedown from stratospheric fame rather than struggling to cope with the happiness of regular a relationship.

It’s fair to say Murry has trust and self worth issues, as evidenced in tracks like ‘I Refuse to Believe (You Could Love Me)’. One of the catchiest tunes on the album, it shimmies along on a simple riff and “woh-oh oohs” from Khouri as Murry asks “why’d you wanna know a madman like me?”.  In what is becoming a signature move, Murry’s songs swing, rock and bop, whilst the lyrics remain extremely violent, hyper literate and full of wide ranging references and name drops.

The Stars Are God’s Bullet Holes is Murry’s most accessible album to date, and he’s getting faster at turning them out too, so I suggest you get to exploring this album and his back catalogue before any more slip you by, as a fine canon of work is beginning to take shape.