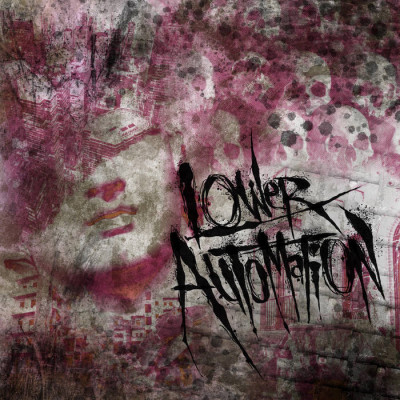 As a band making their debut album, little is known of Illinois math punk trio Lower Automation. They released three EPs between 2016 and 2019 that sounded like a more trebley, abrasive Fugazi, or Converge with the metal influences stripped out. They take those characteristics and build upon them on their debut full-length LP. The album is one of the most energetic, confident, and fully formed debut punk rock albums that I’ve heard for quite some time.

A press release announcing the record states that the intent behind it was to evolve the band’s sound away from the influence of mathcore bands like The Dillinger Escape Plan and towards the feedback-laden noise rock of artists such as The Jesus Lizard. They do achieve this task on songs like ‘Locust Bean Gum’ and lead single ‘Father’s Shirt Is a Dress on Me’, but with more subtlety and nuance than many of their contemporaries would apply to it. They retain the oscillating time signatures of the former band whilst incorporating the jagged guitar lines of the latter. The vocals, meanwhile, should appeal to fans of the sort of singing that bands like Fugazi and At The Drive-In were doing in the late 90s, particularly on standout track ‘Dread’. The band also successfully flirt with a heavier, more mathcore-y sound on the aggressive but fun ‘Combover’.

At points on Lower Automation, the band’s understandable desire to honour their generic forebears can cause them to employ rapidly altering time signatures excessively, such as on the song ‘Old Sparky’, one of the album’s rare comparative low points. The press release cites Wire as a key influence on the band’s sound, and it’s very difficult to discern any evidence of that being the case at any point on the album. The introspective ‘Ruiner’ makes for a powerful, affecting finale that leaves you wishing the album had lasted a bit longer and keen to hear new material from Lower Automation, as any good full-length debut should.

As this review has hopefully made clear, I really liked this album. Lower Automation’s sound may not be all that original or innovative, but they make the record’s whole more than the sum of its parts, they deploy their influences in an enjoyable way, and there are few bands currently playing this style of punk music this pleasurably. Lower Automation definitely augurs well for the band’s future records and live shows.