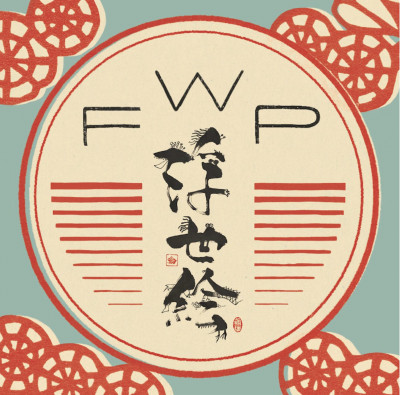 Improvised music, like Haiku poems, or image snapshots, captures a moment that is there and is gone. All is left is the recording of that moment for posterity. It is up to the artists, their imagination and capabilities, trying to catch that moment to come up with something that actually deserves posterity.

It seems that is exactly what Floating World Pictures, the duo composed of made up of Chestnutt, a founding member of Snapped Ankles, and Raimund Wong, a sound artist most recognised for his graphic work for International Anthem, TRC and Church of Sound, are trying to conjure on The Twenty-Three Views, their debut album.

Now, with any improvised music there seems to be no middle ground. Either the artists involved are able to come up with something thoroughly imaginative and engaging, or it turns into something hermetically tight and impenetrable, with only those involved really knowing what and why was going on at the moment.

Luckily for Chestnutt and Wong, as well as quite a lineup of their collaborators here, Alabaster DePlume, Akihide Monna (Bo Ningen), Cathy Eastburn (Southbank Gamelan Players), Charles Prest & Kamal Rasool (Flamingods), Clémentine March, and Danalogue (The Comet is Coming), they have actually come up with former.

They create a series of slowly-evolving, layered musical images, that, along with the usual set of synths and saxes, for example, also employ the not so usual set of instruments like  the reeds of an Indian harmonium, mbira, 11-key balafon, tanpuri  as well found sounds.

The legendary National Geographic magazine always comes up with a series of striking images set in nature. In many ways, the sounds Floating World Pictures come up on The Twenty-Three Views are actually aural companions to those striking images you can find in any issue of ‘National Geographic.’ No wonder Chestnutt and Wong wanted them improvised.