(((O))) Feature: Echoes of the Past: Anthony Phillips – The “Living Room” Concert 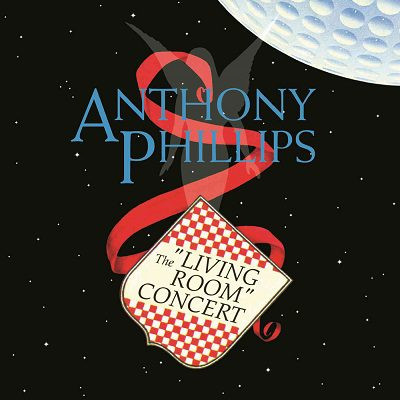 “All the World’s a Stage”/A friend of mine, he sometimes said/And though he tried to show the way/They only care about his name.” From the mournful piano textures from the Living Room concerts that Anthony Phillips did for the concert series on the radio program for Echoes on March 21, 1993, it gives a sense of loss, love, and beauty from the song ‘Collections’.

Ant has proven both to his listeners and fans that he’s more than just one of the formative members of Genesis from the first psychedelia release of From Genesis to Revelation to the true “first” release of Trespass in 1970, he proved that he wanted to take it a step further by going beyond the genre of progressive rock and into the realms classical, pop, television, and film scores. From gems such as The Geese and the Ghost, Wise After the Event, “Sides”, and of course 1984, he moves forward and doesn’t looking back.

While his music has been championed by actress Rosanna Arquette (The Geese and the Ghost) and of course Steven Wilson (foreword notes introduction to the 2016 Esoteric reissue of 1984), Phillips has constructed ideas on where he wants to go. And the road itself will take him there.  And whenever he’s ready, it is going to be a massive challenge that he’ll take by walking on a dangerous tightrope. That and the Esoteric release of the performance I mentioned before, shows an artist that can give listeners who are turning into the radio, a imaginative front-row seat by being at those Living Room concerts that is worth coming to, and being in awe of what he’ll do next for the next hour and eight minutes.

Originally released on the Voiceprint label in 1995, the show was broadcast during the summer of 1993 on June 25th to 120 public radio stations in America. And for the performance that he did, he played acoustic guitar, piano, and sings throughout the broadcast. There are moments throughout the concert series that just tugs your heart.

From the haunting piano melodic take of Genesis’ ‘Let Us Now Make Love’ which was recorded for the Nightride sessions from the BBC in 1970, to the booming strike of the flamenco portrait of ‘Henry: Portraits from Tudor Times’, Phillips is very much a storyteller, bringing his ideas to life. But it’s a 12-string campfire beauty that Phillips sets up in the night time to watch the moon in all of its glory in ‘Conversation Piece’.

We can imagine ourselves being outside during the coldest part of January and watch Anthony play in full sync to bring the snowflakes down upon dry land and witness something wonderful happening. And it is a sight to see.

Then, he goes for a full-scale attack on his acoustic guitar from the Private Parts & Pieces albums on the intro to ‘Flamingo’ and the calm-warming intro, ‘Reaper’. It does kick you in the gut at first, but once he calms the house down with a classical motif he lets listeners know that he has a very gentler side to his music, but goes back into the attack once more by returning to the Trespass-era as if he made a reprise to the climatic section of ‘White Mountain’ and ‘Stagnation’.

Meanwhile he returns to the 1985 release of the Harvest of the Heart album, by climbing up to the mountains to witness those ‘Lights on the Hill’ before climbing down from the hilltop side by bringing out his classical guitars to see the sun come over the horizon of ‘Field of Eternity’ and into the rocky sidewalks of those ‘Jaunty Roads’.

While this might be an introduction for the next generation to be a part of Anthony’s music, he gives listeners an insight on where he’s come from and how long of a journey it’s must have been for him to bring a show that is mesmerising and heart-filling structures that await us for The “Living Room” Concert.