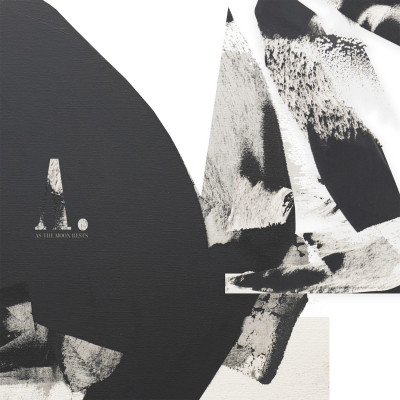 As the Moon Rests by A.A. Williams

How do you follow a debut of self-penned songs that was so superbly assured as A.A. Williams‘ Forever Blue? An album that not only turned out to be my album of the year but also reached number three in Echoes and Dust end of year list. A.A. Williams answer to the above question is to swap her London home for a studio for the recording of As the Moon Rests. The result is a lusher, bigger, and dare I say it a more polished album, which bridges her classical musical training with her love of Deftones, The Cure, Nine Inch Nails and other sonic moodists she is affiliated with, like Cult of Luna and Mono. She is one of the few artists who receives equal critical acclaim in Mojo, and the heavier end of publishing Kerrang! and Metal Hammer magazines.

As the Moon Rests tone is firmly embedded into the waters of personal introspection, reflection, and self-discovery. After very recently seeing A.A. Williams and her band – with an additional string section – showcase this album in its entirety at London’s Queen Elizabeth Hall before its official release, is another example of her remarkable self-assuredness. The show brought undeniable attention to the songs immersive drama, powerful atmospherics and astonishing beauty. And all of this translates superbly live on the record. It is a back to a full band experience (plus the said additional string section) after her mostly acoustic covers album Songs from Isolation.

The classical music trained A.A. Williams expertly composed song arrangements reveal a most keen eye to detail. Every note and percussive element have a key part to play on the textures and soundscapes. It’s a majestic blurring display of post rock, post classical, and dark gothic, which brilliantly evokes a deeply powerful listening experience. It’s not a criticism to say that you do have to be in the right mood to fully converse and appreciate in its (dark) beauty because it captures specific moods so well.

Bringing in a string section only further adds to the sweeping expansiveness. This is used to great effect on the seven minute ‘Pristine’ to leave you feeling bruised, but strangely and lovingly moved. The picking guitar opening and Williams soft croon before the perfect timely all-band explosion wraps itself round your ears and heart. You can hear traces of Mogwai, and succeeds in stamping on your heart in the most beautifully gorgeous way.

Surely offers will come calling for Williams to apply her skills for a full film or TV score. There are many moments where you instantly think how great they could be used in film or TV scenes. ‘Shallow Waters’ has a gorgeous glacial melody. The majestic expansive sweep of ‘Golden’ and there is the blistering heaviness of ‘Alone in the Deep’. While the instant earworm power of ‘Evaporate’ contains the disturbing lyrical chorus of “harm myself is all I do”. And on the closing epic title track we hear a rare Williams crunching guitar riff.

Another great musical instrument here is Williams voice, which moves elegantly between strong, soft, defiant, vulnerable – a seemingly effortless weaving between lifting and lowering of tones. ‘For Nothing’, arguably has Williams best vocal delivery as her often-deep lower toned voice rises to higher mesmerising heights. In conjunction with this, is a stunning guitar line bursting above after the song begun with an abrasive guitar strum. It is an incredible display of an artist in the peak of her artistic powers.

A.A. Williams conjures a heaviness that is gloriously emotive, and jaw-dropping majestic. It’s a stunning album from an artist that made many take note right from the start. I have no doubt As the Moon Rests will be pushing for the top spot in my end of year selections, and I’m sure I won’t be alone.