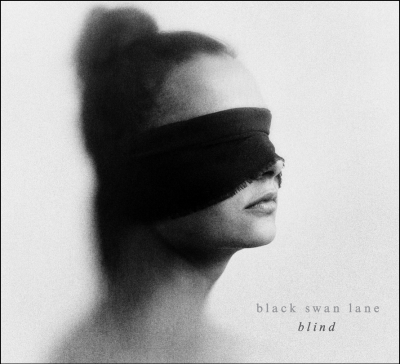 Blind is the tenth album from Atlanta based post-punk project, Black Swan Lane, the musical vehicle for multi-instrumentalist and songwriter Jack Richard Sobel. He’s been hard at work on this release for the past year. Apparently, he thought the group was kaput after the fifth album, but the ideas just keep flowing in, and here he is again with this fine piece of work. The band used both past recording techniques as well as incorporating piano, subtle string instruments, and horns meshed in with live drums, bass, vocals, and guitars. While some tunes hearken back to 80s faves like The Chameleons (the excellent ‘Wishful’), other songs are harder hitting and resemble other 80s stalwarts like New Model Army. Sobel says he struggles with lyrics, but you’d never know it when you hear these mixes.

Opening track ‘Wishful’ will catch you right away, as it wonderfully captures both the dark, dreariness of 80s post punk and the slightly more hopeful modern take on that sound. It is lovely, but it surrounds you with angst and longing. I cannot help but think of all that was lost during the pandemic, and how we need to hold on tight to what we have. ‘As Soon As You Can’ speaks of love, and how a good relationship can make you a better person. It is quiet and spare until the 2:00 mark, but it builds gracefully. ‘Blind’ picks up the pace, and despite its elegant sweeps of melody, Sobel says this of the song: “I’ve never much been into political activism or mixing entertainment with controversial topics, but with Blind, I couldn’t hold back my anger and cynicism at the hypocrisy, hatred and lack of moral fiber that is taking place in society.”

It is striking and melodic, and as the title track, it truly is the centrepiece of this album. One of my friends remarked that ‘In the Garden with Eve’ reminded them of New Model Army. It is the pulsing savagery of the guitar work that I find most closely resembles that vaunted UK punk band, as well as Jack’s spoken word sections. It is a dark tune, but damn, it sure is great! ‘The Fool’ makes good use of its symphonic backdrop, and despite the melancholy lyrics, the music stays upbeat. ‘Can’t Keep Me Quiet’ might remind you of The Cure, which is all in the feel of the music! It talks about breaking free of some mental prison, and flying out of that place.

‘Case My Mind’ follows on, and I hear whispers of The Smiths in the lyrics and the way Sobel emotes here. The instrumental work is stellar and gorgeous. ‘Fragile’ could point to the unstable condition of our government, but that could be just me. ‘Drown’ is elegiac, a multi-layered glistening slice of dream pop. The strings work so well here, framing the widescreen acoustic sweep of guitar and vocals. Lovely! ‘Angels’ and ‘The Calling’ certainly will remind you of Sobel’s friends, The Chameleons, but they stand on their own as very high points in an already stellar release. ‘Escape’ drips with atmosphere, and is akin to Steve Kilbey’s more recent work with The Church. ‘Noth!ing Here to See’ wraps it up neatly, and adds to the torchlike, slow burn of this moody and marvellous record. One of the best releases of last year, and not to be missed.