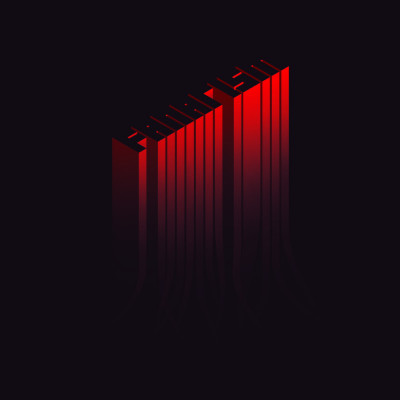 The Future Past by Fanatism

There must be something rather lysergic in the water in Sweden these days with seemingly each week throwing up another hero of the psych charts. The latest bunch of musicians aiming to fry our minds is Fanatism, and this time they bring pedigree with them. Coming from the same collective which spawned Kungens Man, here we have a more straightforward sound, albeit one sunken in jazz and free-form guitar exploration.

The Future Past is an album which creeps up on you, as its soft sounds ease their way into your minds. On the surface they may sound like just another ordinary band, but as you listen closely they trip you up into places you never quite expected. One minute you are grooving along to a nice guitar led melodic song, the next you are thrust into the realm of Sun Ra as the sax take you into a psychedelic swirl. On top of this, the band have an absolutely unnerving knack at causing you to go into a trance-like stupor with their instrumentals. They’re nothing short of extraordinary at times.

The first point at which you feel you are losing your mind is during ‘Quantum Fuzz’ when everything starts going a little weird. What was a pleasant strum along turns ends up turning your mind inside out with it’s shift into a displaced territory of bubbling noises and voices. This is just three songs in, after a glorious opening of ‘Nar man alltingsett’ las out the kind of subdued, slippery music you come to expect later on.

They do loud too, as ‘Upon The Cross’ testifies too. An almost Iggy Pop/Stooges song circa Funhouse, it gets increasingly manic as the song builds. Before you start to wonder if it is ever going to stop though, it steps into the serene ‘Tiden rinner’, in what is a moment of perfect resolution from the intensity of the previous song. As the monk chats stop, the music takes centre-stage in a glorious prog like moment of beauty. It’s quite breath-taking.

‘Nackogon’ has a dub reggae feel to it behind the disembodied vocals doing their best to distract you from the music. A buzzing saxophone hovers in, breaking up the reverie into a crescendo of beautiful sound as a guitar takes over with its lone wailing. Time and structure is lost and replaced with a sound which transcends any sense of normality for something much more searching. It may not sound like psych at first, but the essence is pure and simple all the way. As your mind tunes in, you get taken on an out of body journey, and that’s before any drugs have had the chance to kick in.

‘One Of Us Can Not Be Me’ returns us to the glorious simplicity of ‘Upon The Cross’, albeit more Eastern tinged than the Stooges this time. It’s a resolute march into oblivion which by this time, you are welcoming with open arms, and by the time the glitchy opening of the title track explodes into a sound of Kraftwerkian wonder, there may be no other band in your world other than Fanatism.

If you have any inclination towards mind-bending music then this album must certainly lie at the top of your wishlist. Not content with taking you on a trip, Fanatism also want to turn your mind inside out whist doing so. Throw in a hefty dose of ecstatic reverie and you have an album which sounds nothing quite like what you may have heard before. There are ghosts of familiar sounds, but made while through the mindset of these musicians, it sounds like nothing you have heard before. It’s been a strong year for psych music in general, but nothing has come close to the originality of this album. A remarkable achievement.