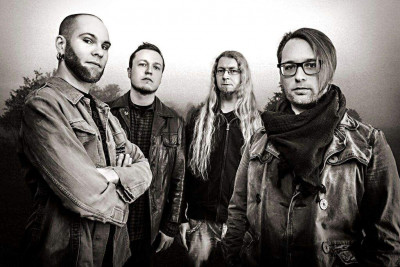 In the first place we didn't know we were being recorded, so we just played a ferocious show.

Masters of funeral doom since their inception, Ahab have recently release their first live album which is titled Live Prey and features live renditions of tracks from their debut album The Curse Of The Wretched Sea. Gavin Brown caught up with Ahab drummer Cornelius Althammer to hear all about Live Prey as well as the status of the band’s follow up to their last album The Boats Of The Glen Carrig, memories from the bands early days and how the bands last live shows went.

E&D: You have just released your first live album Live Prey, which was recorded at the Deaf Row Fest in Germany in 2017. What made you choose that performance to record?

Cornelius: Well, it incidentally happened. On the one hand we have been talking every now and then about the musical difference of how these songs are on the The Call Of The Wretched Sea and how we play them nowadays. For sure, we all of us like the more musical way of how the songs have evolved over the years, but just re-recording them, like making a new The Call… never was an option. One simply doesn’t do this… even though it might work in some few cases. But when I heard “dude, I recorded your performance on Deaf Row Fest, wanna have it?” this seemed to become the option we haven’t had before. Especially when I got the recording and it in fact sounded massive. So here it is: live´n´raw, exactly the way we play on stage.

E&D: The tracks on Live Prey all come from Ahab’s debut album The Call Of The Wretched Sea. Can you tell us a bit about the track listing and why you chose those songs for the live album?

Cornelius: It’s basically the same songs as on The Call…, but my drumming nowadays fits the music way more than back in the days. And our bass player Stephan, who wasn’t in the band when we recorded The Call… created way better basslines compared to those on the album, so we simply chose those songs, because we think they are cooler the way they are now. For example, I have a recording from the exact same location from our tour in 2015. But I don’t see why we should release those, because the way they are on the record are great. Nobody needs a recording of songs that have already been recorded the same way, as long as you are not Iron Maiden.

E&D: 2021 marks 15 year’s since The Call Of The Wretched Sea was released. Will you be doing anything to mark that anniversary at all?

Cornelius: Well, Live Prey is probably the mark we’re gonna set for this. Due to the pandemic I don’t see any shows happen this year. So I guess we’ll just finish writing our next album.

E&D: What are your main memories of recording that album and of the band around those times?

Cornelius: Haha, being high, in the first place. A ton of impressions. In the first place, I always had been playing fast music on drums, these days. So digging into that slow stuff was fascinating. Then getting to know each other. Fur sure we had met before. Concerts, festivals, parties, also… But this was the first time we did more than drink. I remember to have spent a lot of time with Daniel, in the first place. A lot of great talk and music. He was the one who introduced me into Yob. That was something I hadn’t heard, so far. I just knew some classic doom stuff, back then. My Dying Bride, Candlemass, Cathedral. But within a few days he managed to totally pull me into the world of Esoteric, Tyranny, Yob, Evoken, also. A glorious time, because it was full of tension. Ahab never was planned to become a band. But somehow the demo drew big attention and within a very short period time we got offers for live shows. So when Christian and Daniel asked me to become a band member that was a huge moment in my live.

E&D: How did you feel that the actual show on the day went?

Cornelius: Absolutely great. In the first place we didn’t know we were being recorded, so we just played a ferocious show. Maybe this fact made the recording worth it to be released, because nobody was desperately focussed to avoid mistakes and we just played.

E&D: What Ahab song do you love playing the most and which song gets the biggest crowd reaction?

Cornelius: I like playing most of our songs… Maybe besides ‘The Weedmen’, because this one has a very complicated structure. But the biggest reaction from the crow is always on ‘The Hunt’.

E&D: You have done a livestream gig recently. Can you tell us a bit about how it went?

Cornelius: It was just one. It was a cool thing to meet and play with my boys again, after nearly half a year of not having met them. And it was super great to do this in a club I have spent a lot of time in my youth in. But it didn’t feel so right to perform in front of four people, holding cameras… That clearly was not equal to a liveshow.

E&D: Have you been working on the follow up to The Boats Of Glen Carrig at all?

Cornelius: Yes, we’re on it… it’s shaping. It recently has become four songs.

E&D: When can we tentatively expect the new album?

Cornelius: I have no idea. Hopefully we can begin recording in the begin of 2021. But no-one knows.

E&D: How has The Boats Of Glen Carrig been received so far?

Cornelius: Very well, I guess. I don’t know numbers, but I guess, considering we’re a doom band we sold pretty well. I haven’t heard a single bad word about it, in fact… And I am still satisfied with it. Especially the Jens Siefert´s recording and production is absolutely fantastic.

E&D: It’s been five years since your last album, what have Ahab been up to in that time?

Cornelius: Most of us were very busy with making and raising children. But we played very cool shows during the last years. Could have been way more, for my taste, but family first, I guess.

E&D: Are you looking forward to hitting the road again for The Campaign For Musical Deceleration gigs in October?

Cornelius: Yes, sure, but to be honest, I don’t see it happening, yet. Let’s hope for the best!

E&D: Will you be looking to play any new material at these shows at all?

Cornelius: No, not at these.

E&D: Have you got any other live gigs coming up that you can tell us about? Hopefully a return to the UK!

Cornelius: No, nothing, unfortunately. We have been talking to the guys from Brutal Assault in Czech republic. We have played there in 2011 and I’d absolutely love to be back in 2021. But nothing confirmed, yet.

E&D: How did your live shows at the end of last year go?

Cornelius: They were fantastic. We played a great festival in Switzerland, we play in Finland for the very first time and we had our year closing show in Stuttgart. Great times, a ton of great people. Even greater, seen from now, when everything is shut down…

E&D: What has been the most memorable gig that Ahab have ever played?

Cornelius: I guess that must have been a show in Calgary, Canada. A young band, just released the second album with our new bass player Stephan, and then… Canada! that was kind of surreal.

E&D: How have you been keeping busy at the moment during this pandemic situation?

Cornelius: Playing drums every day. Giving some online lessons. Writing music. Getting drunk at Skype parties. Could have been worse.

Cornelius: I like so many styles of music, so many drummers. And I play a lot of different stuff. So you probably can’t hear my adoration of Thomas Haake or Derek Roddy in my doom drumming, as a matter of fact. When it comes to the drumming in Ahab I just assume it’s Nicko McBrain, Travis Foster (Yob) and, of course, John “almighty” Bonham. Drummers I simply like, just to name a few. For sure Ahab is way slower than the guys use(d) t o play, but I guess or rather hope I got some of their rockish feeling.

E&D: Who and what are the biggest influences on the music of Ahab, both musically and non musically?

Cornelius: Musically I assume this might be Old Anathema, Morbid Angel and Warning. For we always look for literature that might work as lyrical groundwork for our albums it might be those which deliver the non-musical input.

E&D: What have been some of your favourite memories of your time with Ahab?

Cornelius: That is a very tough question. For we are an old fashioned band, consisting of four friends who like to spend time together and not a business it’s always uplifting if we come together. But yes, for sure, the tours we did were the highlights of our career, as well as studio time is always a great time. For me, at least. 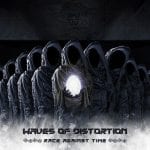 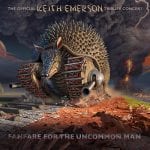