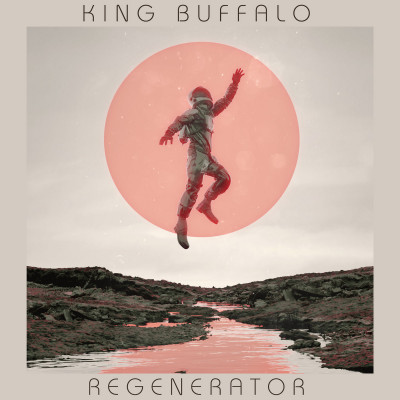 Oh my word, this is good. Everything about it hits the target. The sound of the guitar and its soaring solos. The driving, precise bass runs, which are sometimes galloping, other times lolloping and jazzy. The sharp, motorik drumming. The positivity that exudes from every bar. Even the song titled ‘Interlude’ is a proper song, rather than a mere interlude.

This is the fifth album from King Buffalo and the third in their Pandemic Trilogy. Before the trilogy they had made a name for themselves as brooding psychedelic rockers, good at woozy, stonery meandering guitar music. But then the world stopped.

King Buffalo’s first two efforts in their trilogy to make sense of the pandemic were released in 2021 to great acclaim as the music conveyed the isolation, frustration and self-reflection that came about during lockdown. The Burden of Restlessness in particular was a deeply soulful yet claustrophobic album, but one which I found provided excellent company on long solitary walks through the forest. The second album, Acheron, was a tougher listen as it involved four long tracks, all recorded in a cave. To me there was a strong energy of “we have nothing much else to do except stand in a cave and jam” about it, which would have been the mood of most of the world at the time, if we had all been gifted with musical talent.

But Regenerator is a coming-out-of-hibernation record, it is one for a sunny morning after a storm, one to play loud as you are driving across a desert to spend a weekend with your cousin who home-brews; the one you haven’t seen since December 2019. It is a masterpiece of fuzzy goodness.

And it starts as if it means business: with a nine-minute title track, all Neu! drums and Steve-Harris bass, with vocalist Sean McVay using his signature half-chant, half sing more confidently than ever to tell us “I feel alive as the morning comes, regenerated by the warming sun, tangerine rays come showering down. Everything shifting at the speed of sound.” He then paints warm orange splashes with his guitar as Dan Reynolds on bass and Scott Donaldson remain locked together.

‘Mercury’ follows with an echoed guitar arpeggio evoking old Berlin-School synth sequences, before the fuzz kicks in. And that bass. Ooh, boy. Listen and find out for yourself.

After ‘Hours’ – full-on Queens of the Stone Age-style desert rock – and ‘Interlude’ – where McVay goes solo and conjures some gorgeous tones from his guitar as part of what could be a morning raga – we come to the three highlights of the album. ‘Mammoth’ drips with metaphor (assuming McVay didn’t actually ride a mammoth through the snow) along its slow, purposeful route, while ‘Avalon’ starts as a tropical sunset of a song, but then riffs and fuzzes us into consciousness with a lofty chorus full of positivity and talk of reaching into the twilight.

‘Firmament’ ends the album with another nine-minute trip, which begins quietly then builds a crescendo – at the end of which the band is playing as a single entity, with great slabs of psychedelic riffery that utterly flatten the listener. Then with almost no notice, it is over.

The starkness and suddenness at which the album ends made me wonder whether King Buffalo could stop right now with that cold finale and retire – and people would understand. Fans would reason that they’d listened back to Regenerator and thought “we can’t top this”. Because I haven’t heard a better album in 2022. And I don’t think I will.