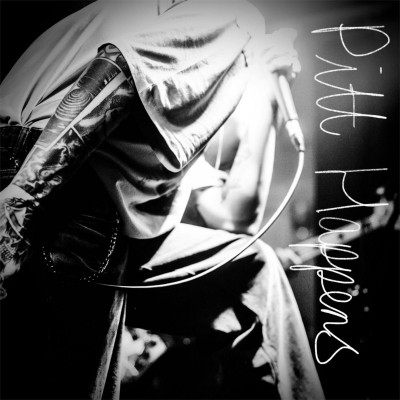 Rad Pitt first came to my attention back in 2017, with their short, pithy and characteristically tongue-in-cheek album Pink. Their third major release, Pitt Happens, is a bit of a return to their original sound, albeit with a new vocalist. I said back in 2017 that I didn’t understand why this band aren’t a bit more well know. A few years later, a new line-up seems to have galvanised their sounds, but the former still stands. Hopefully, a place on Jamie Lenman tour will introduce this band to a wider audience.

Opening with ‘Like Me, Please Like Me’ after a wave of feedback riffs bounce off each other. Immediately the new lineup has infected a bit of the aggression from their earlier work. The track ends with a cacophony of vocals and noise ending with the line “nobody loves me”. A short bass intro leads us directly into Straight into ‘Draco’, It is a nice cohesive track the riffs and the vocals bounce effortlessly off each other. It’s a fun and noisy song. The only complaint I really have with this is that it is too short. Although this is a Rad Pitt signature, it would be nice to hear a bit more from the band.

The band’s press release says that these songs were written collaboratively and it shows, the band sound like they are enjoying themselves and have matured their sound. ‘Macready Molotov Cocktail’ is aggressive and sharp. They play with the dynamic, the song starts off full-on with a short spoken word interlude before quickly exploding into an angry, noisy finish. ‘Lycra Larry’ echoes the humour of their first couple of releases, it’s still noisy but echoes their frustrations with the refrain “Lycra Larry, let me pass!”

A new vocalist has breathed some new life into the band and at the same time brought back the short, sharp and aggressive sound from their earlier work. It’s a fun album. It would be good to see this band get some more exposure and a band that I am looking forward to seeing live.