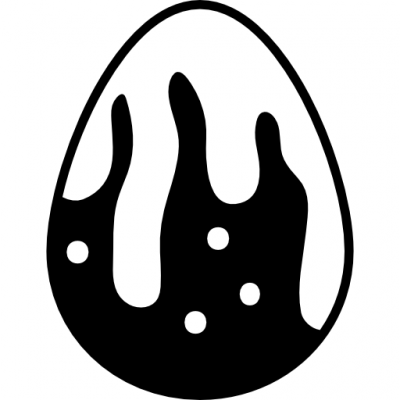 The label idea is something that had been brewing for a while. I consume so much music, but there was always a niggle to jump the fence and actually help create some of it, or at least help promote it.

Eggs in Aspic is a new independent label based in Newcastle which caught the eyes of Chad Murray when they announced their first release, Smokonomicon by Belgium’s Grotto. Chad asked Andrew Fenwick who runs the label some questions to find out more about the label and their releases.

Andrew: First of all, thanks so much for the interest in the label. It’s massively appreciated. At the moment Eggs in Aspic is just me (Andrew) a 30-something bloke with a bit of history working in music journalism and live promotion.

Andrew: The label idea is something that had been brewing for a while. I consume so much music, but there was always a niggle to jump the fence and actually help create some of it, or at least help promote it.

(((o))): You’re based in Newcastle, do you have any ties to bands to the likes of Pigs x7, Blown Out or even Rail Cables?

Andrew: The label was actually founded while I was living in Žižkov – a wonderfully dark and creative little corner of Prague so I’m actually kind of out of the loop with the Newcastle scene, but I’m a big fan of Pigs x7, the prolific Mike Vest and the production capabilities of both. There definitely seems to be a healthy scene in the city at the minute, both in terms of artists and DIY labels/promoters.

(((o))): I’ve been reviewing the debut album from Grotto and it’s fucking incredible, where and when can we see them live and how did you come to sign such a face melter of a band?

Andrew: Thanks so much for your ace review of Smokonomicon, like you, the second I heard it I knew it was a monster of an album! Although stalwarts of Antwerp’s Desertfest, the band have never actually played a date in the UK as yet. The plan is to bring them over when the next release is out, which will likely be in April/May. In terms of signing them, all it took was a bottle of gin and a late night peruse of Bandcamp…

(((o))): What can people expect from your label and the forthcoming roster?

Andrew: There will be at least 15 releases coming out during 2017 including some great new albums and extended EPs from the likes of the Cult of Dom Keller, Oulu Space Jam Collective, Kungens Män, Sly & The Family Drone, Black Doldrums, The Left Outsides and Skyjelly.

(((o))): I’m highly intrigued by your design work thus far, I love the Grotto cover, that’s a beautiful cannabis leaf on there by the way, is there one artist working on the covers, the logo and the website et cetera or are you working in collaboration with others?

Andrew: There are some great labels out their that have a definite design aesthetic running through their catalogue (Astral Spirits, A Giant Fern, Never Anything etc.) and I’m a big fan of that, but I actually tend to treat each release as a unique entity so the concept for the artwork is essentially a separate creative process for each. The artwork for Grotto was created by Belgium’s mighty Robin Van Oyen and we’re working with some other great graphic designers on the upcoming releases. The plan is to build a collective of like-minded contributors.

(((o))): What do you intend for your label to do differently to others?

Andrew: I’m not really sure how other labels operate so I don’t really know (maybe we’re doing it all wrong!), but the thing I like most is the collaboration with the artists when it comes to crafting the releases so I guess our modus operandi is the fact that the bands – and consequently the music – always comes first.

(((o))): Is there particular labels you look to for inspiration? Personally, I’m very fond of Rocket Recordings, Erased Tapes and We Are All Ghosts as well Sergeant House and Invisible Agent, do you have any favourite labels?

Andrew: When I lived in Prague I used to get these flyers through the door from the local supermarket every Sunday morning advertising ‘Russian eggs in aspic’. Both the name and the image of the food really unsettled me on a hangover so I decided to use the name in a bid to make peace with the horrible gelatinous creation. Metaphorically, someone mentioned that the tape could represent the egg and the shells the aspic, but they were very, very drunk at the time.

Andrew: We have a great couple of releases lined up for January, the first being the brand new album from Boston’s Skyjelly whose debut just made The Quietus’ Best Tapes of 2016 list. The new one, Gost, is arguably even better. It’s a weird, warped lo-fi psychedelic oddity that couldn’t be better suited to the format. It’s brilliantly fucked up and I can’t wait to release it. There simply isn’t another band around who sound anything like them.

We also have a brand new live album from the mighty Cult of Dom Keller entitled Paradiso is on Fire, which documents their recent European tour, specifically their dates in Amsterdam and Antwerp. The recordings are top-notch (I wish I could’ve been there in person!), but I’m really proud of the whole package. We worked with the band to produce a sort of audio/visual keepsake of the tour, so the whole thing comes packaged in an extended pull-out J-card featuring a collage of photos and ephemera collected on the road. It’s printed in monochrome on recycled card stock in a bid to replicate that grainy, fanzine-type feel. Oh, and the cover art is something to behold!

Apart from that, we’re in talks to launch an online radio show and we’ll definitely be tapping into the live scene with some gigs to be announced soon kicking off with some rare UK shows from Stockholm cosmic overlords Kungens Män.

(((o))): …and last but by absolutely no means at all least, who would win in a fight one trillion lions or The Sun? (not the disgraced tabloid, the shiny, burny thing).