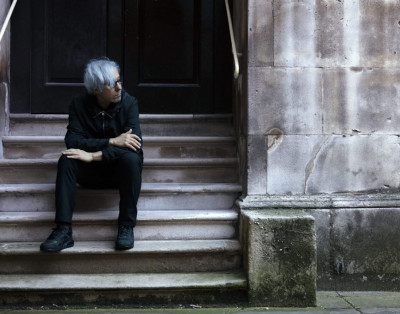 "I can’t imagine I would ever join another group, to be honest. Unless Radiohead called!"

Richard Barbieri(RB) rose to fame as a member of Japan, one of new wave’s most enduring acts. Since the band’s split, his keyboards and synthesisers have graced a number of projects. Ahead of the release of his new “weird, self-contained dream-state album”, we caught up with Barbieri to discuss his illustrious past, his relationship with technology, and what’s next for one of synthesiser music’s most artful, thoughtful voices.

(((o))): Tell us about your early experiences. What drew you to music and performing?

Richard Barbieri: As a kid, sports was my initial obsession. Then, by my mid-teens, I became hooked on music and buying albums and going to concerts. I saw many of the great bands at their peak.

(((o))): You joined Japan as a relatively young man. What are your recollections of the early days for the group?

RB: I joined in 1975 aged 17. I already knew David and Mick from School for two or there years. The early days were fun. We were so keen and would rehearse most days and travel great distances to play a gig in front of a few people. Seeing our posters all over the West End in London for our debut album was very exciting at the time. I had no talent at all for conventional keyboard playing but managed to survive until the third album when my input on synthesisers became an important part of the band’s sound.

(((o))): Japan got bigger with each subsequent record and split at the height of their fame. Was this a collective decision and do you have any regrets?

RB: There were problems between David Sylvian and Mick Karn. You could choose any number of reasons as to why the band couldn’t continue because of that. It’s pretty well documented in interviews and various books but with no definitive answer as such. Of course it was disappointing for Steve Jansen and I. Having less of a profile than the others, we struggled more to get projects of the ground.

(((o))): You went on to play and record with David Sylvian and Steve Jansen. Are the surviving members of Japan still close?

RB: I’ve no idea what David Sylvian is doing these days and last saw him very briefly around 2006 I think. Very occasionally talk with Rob Dean. I see Steve Jansen regularly and our friendship has been going 40 years now.

(((o))): You’re renown for your collaborations. What appeals to you about the collaborative process?

RB: I’ve collaborated on albums with Steve Hogarth (Marillion), Tim Bowness (No Man), and Steve Jansen mainly. I enjoy the interaction of working with other artists. Even on my solo albums, I’m most excited when someone else is playing and contributing to the process. I prefer being a group. I’m a team player and enjoy success more when it can be shared.

(((o))): Your solo output has received widespread acclaim, but still equates to a relatively small percentage of your output. How does your approach differ when working under your own name?

RB: I’m not prolific, though these past 4 years have been productive. The difference working under my own name is that all the work starts from silence. The space is there to be filled and I can control the space from the outset. Working in a band is very different. It starts from noise and conventional instrumentation and you have to find your place within it.

(((o))): After a series of collaborations, you officially joined Porcupine Tree. What’s Steven Wilson like to work with?

RB: It’s like being dragged up to a speed that you aren’t entirely comfortable with but the results are great and justify the process. I was always very used to working at quite a slow pace. Trying many different overdubs and ideas, throwing out a lot, musing over things generally. By the time it takes me to program new some new sounds and play a few parts that I’m happy with, Steven has written and arranged 3 songs!

He has helped me be more productive I think, and more decisive. It amazes me how much work he produces and how the quality never drops.

(((o))): You performed alongside Tangerine Dream as an additional member for their end-of-set improvisation. The band recently handed permanent status to Paul Frick, who had previously played a similar role at other concerts. Were conversations ever had about you joining the group on a full-time basis?

RB: No. I really enjoyed guesting for them though and the audience was very supportive. I love what they are doing now and it seems to me that it is very much linked to the seventies’ material and approach.

My jam with them could’ve been better from my side of things. But when you improvise, you have to accept that sometimes things don’t always turn out how you intended.

I can’t imagine I would ever join another group, to be honest. Unless Radiohead called!

(((o))): planets + persona has been something of a career landmark for you, receiving praise for being both intimate and epic at once. Tell us about the concept and creative process behind the record.

RB: Just expanding everything outwards really. Getting away from the home recording thing. Recording old style with musicians in the studio. Traveling, recording in different locations that have a vibe, using a wider selection of instrumentation and musicians, introducing more jazz touches into the melting pot. Using great engineers and technicians.

(((o))): What was the idea behind the Variants series?

RB: That was to avoid an immediate follow up to the “Planets…” album. It turned out to be a really nice series of EPs that featured new material, live performances and revisiting older rare music. I was really happy with it and it kept me in creative mode.

(((o))): Technology has been at the heart of your music since the beginning. What’s your relationship with music tech, and how has this changed over the years?

RB: I love it. I’m a gear geek and do research on everything that’s available and whether it could benefit my working process. I also still use all the vintage synths that I had more than 40 years ago. I think with the way controllers are developing and how you can now play instruments in new ways other than on a traditional keyboard – the technology is suiting my approach. I always found the controls to be more important to me than the actual keys.

RB: Nothing planned as such. Usually what happens is that a piece of music is written and then I see a direction and concept for expanding that into something bigger.

Richard Barbieri‘s new album, Under A Spell, is released on 26th February via Kscope. See our review here.